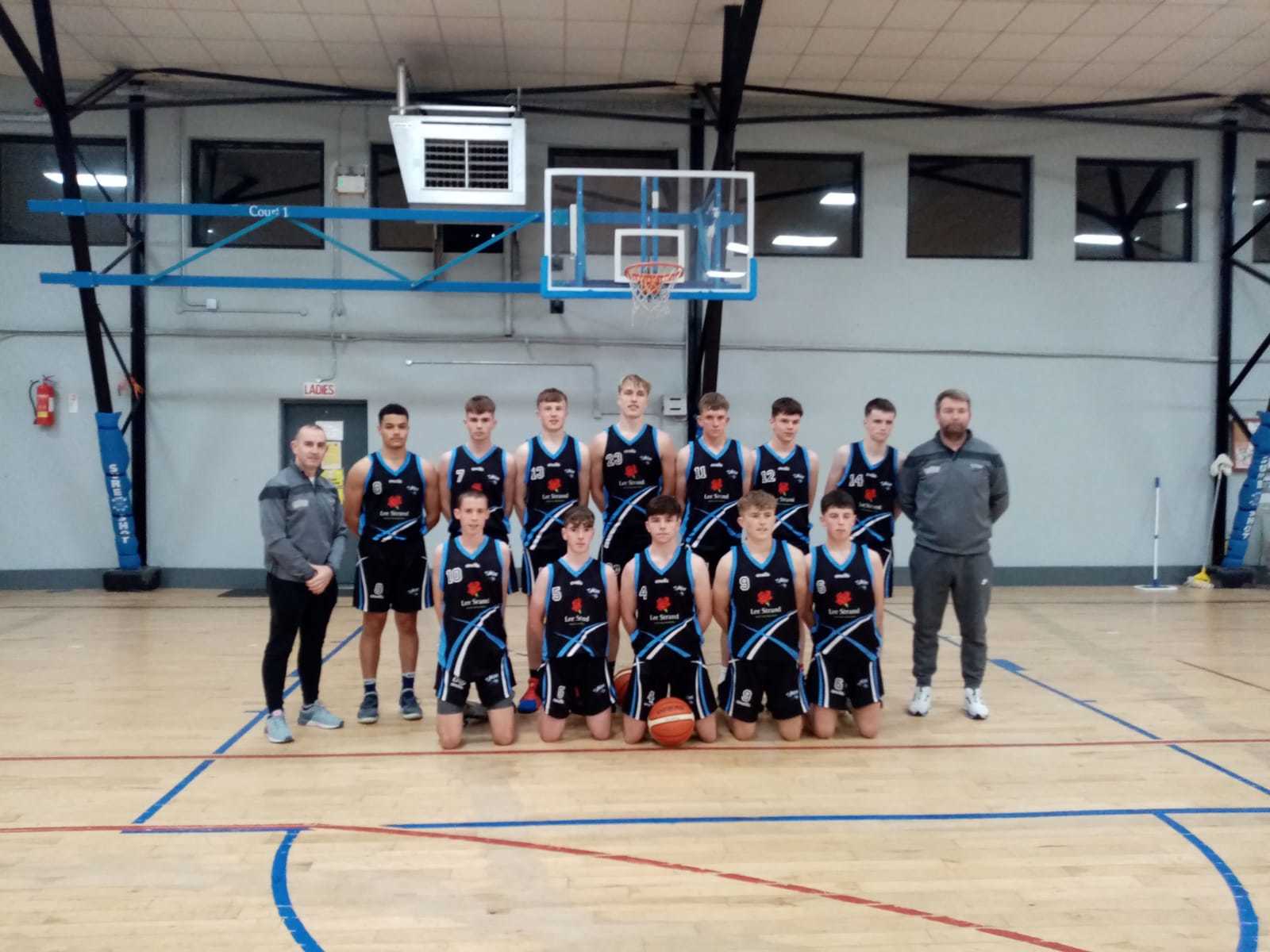 At CBS The Green Gym 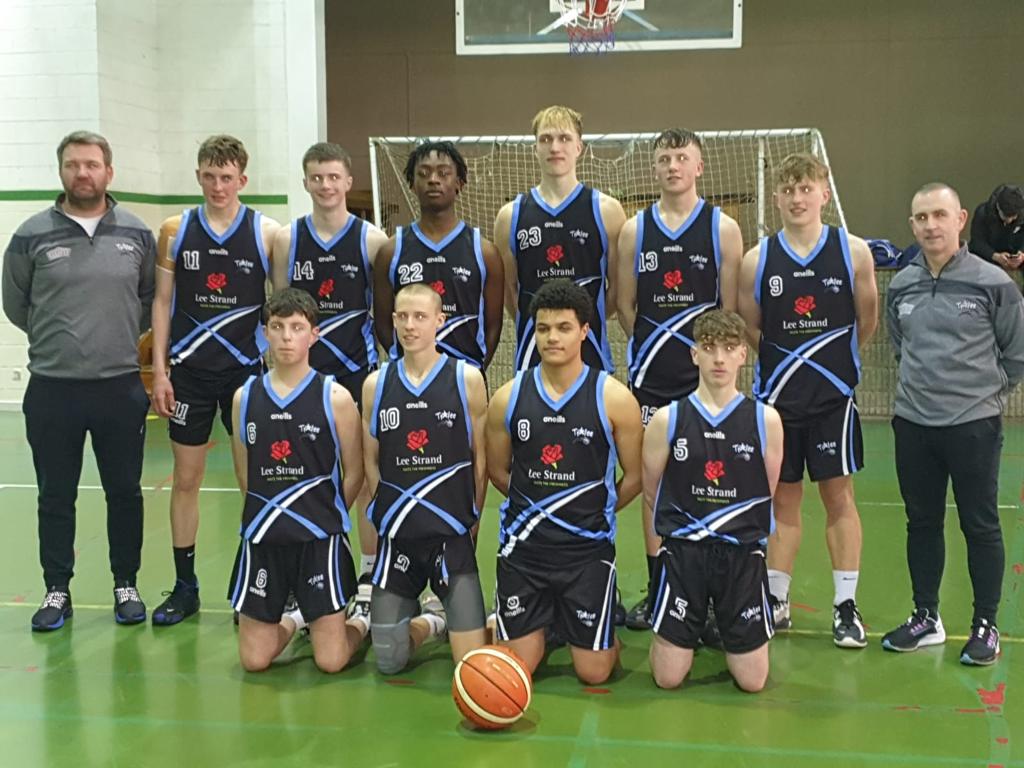 On Monday night we took on local rivals St Brendan's in our penultimate game in Division 1 of the County League.

In a fast paced first quarter we struggled to get into our flow but stayed within touching distance thanks to some great shooting from Aivaras Uosis. We trailed 14-20 at the end of the first.

Our defensive intensity really picked up in the second quarter and this really set the tone for the rest of the game. Cian Dillane, Daniel and Oisin grabbed numerous rebounds in the period and with Aivaras patrolling the paint we limited our opponents to just 3 points in the second period. Roan and Oisin hit a few baskets to help us into a halftime lead 39-23.

The third quarter was a low scoring affair but with Cian Moran hitting a few scores we managed to maintain our 7 point lead heading into the fourth quarter ahead 38-31.

Brendan's pressed hard in the final quarter but we managed to keep our noses in front to complete a 57-48 win to go top of the league.

We now look forward to a tough away trip to St Bridget’s next week in our final county league game. 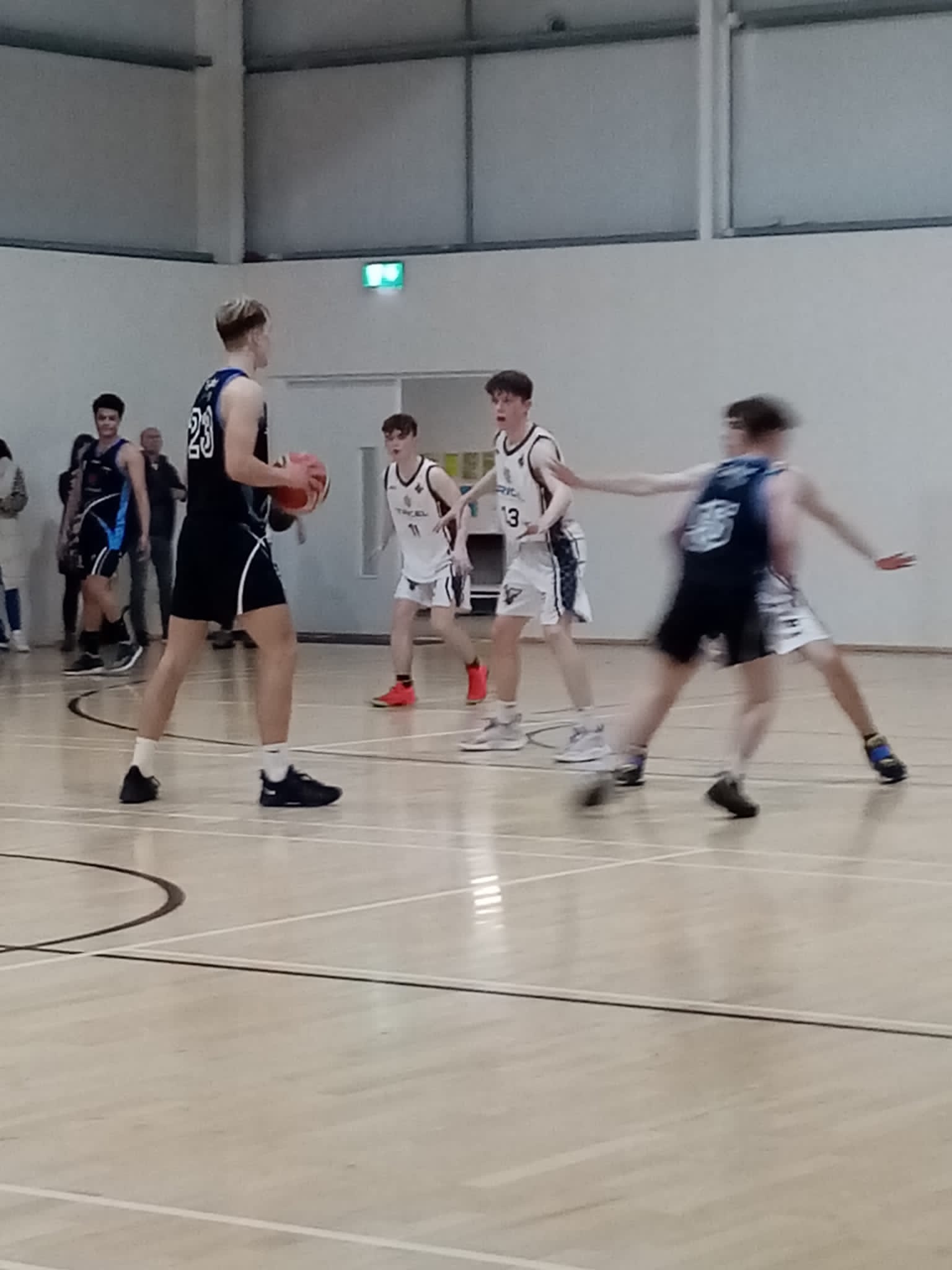 On Sunday 13th March we travelled to Killarney to play St Paul’s in our first game in phase 2 of the county league. Our defense was outstanding limiting our opponents to just 8 points. This along with some great scoring from Aivaras ensured we led at the end of the first 8-16.

The second quarter was a closer affair but with Cian Dillane and Jack getting more involved we extended our  lead slightly to 24-33 at halftime.

The third quarter saw Daniel and Oisin hit some great scores and with the defense increasing in intensity we pushed the score out to 34-52 at the end of the quarter.

It was great to get all players on the court which will stand to us in the long term. Aivaras had two dunks to excite the crowd and Gearoid hit a late basket as we ran out 47-75 winners at the end.

Well done to the all the  boys on a great performance. 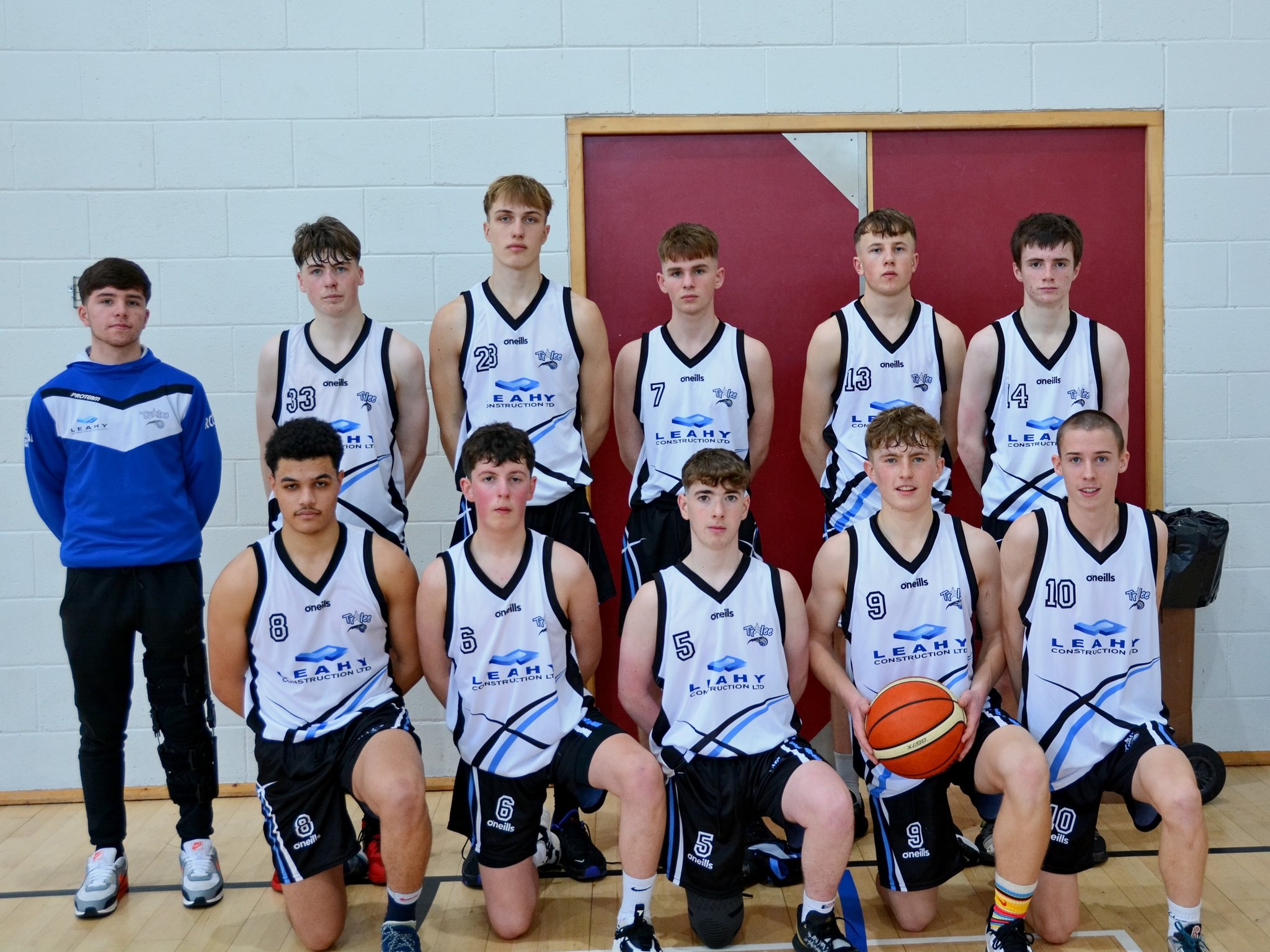 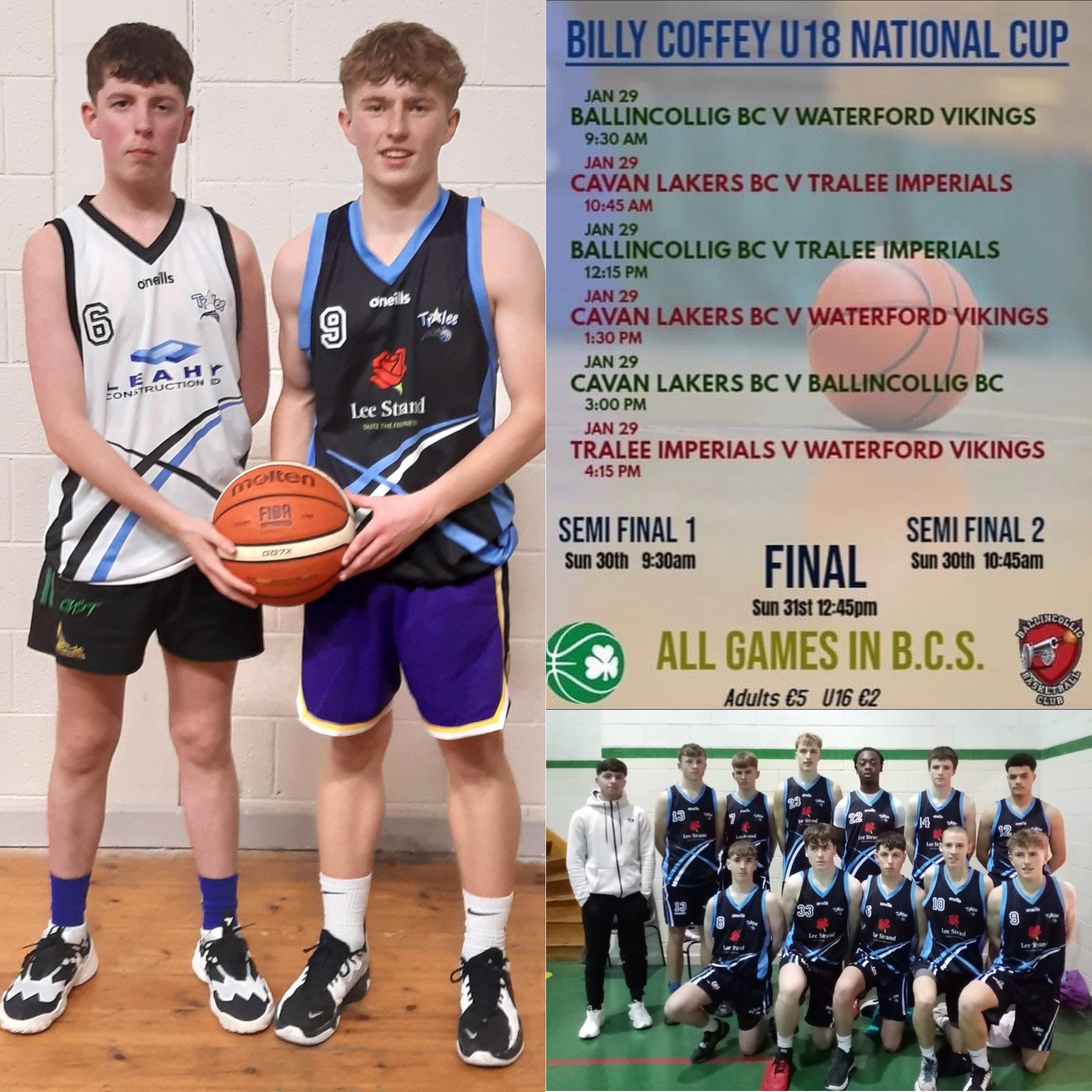 Best of luck to Dave, Paul, Louise and the team in Cork at the U18 National Cup. 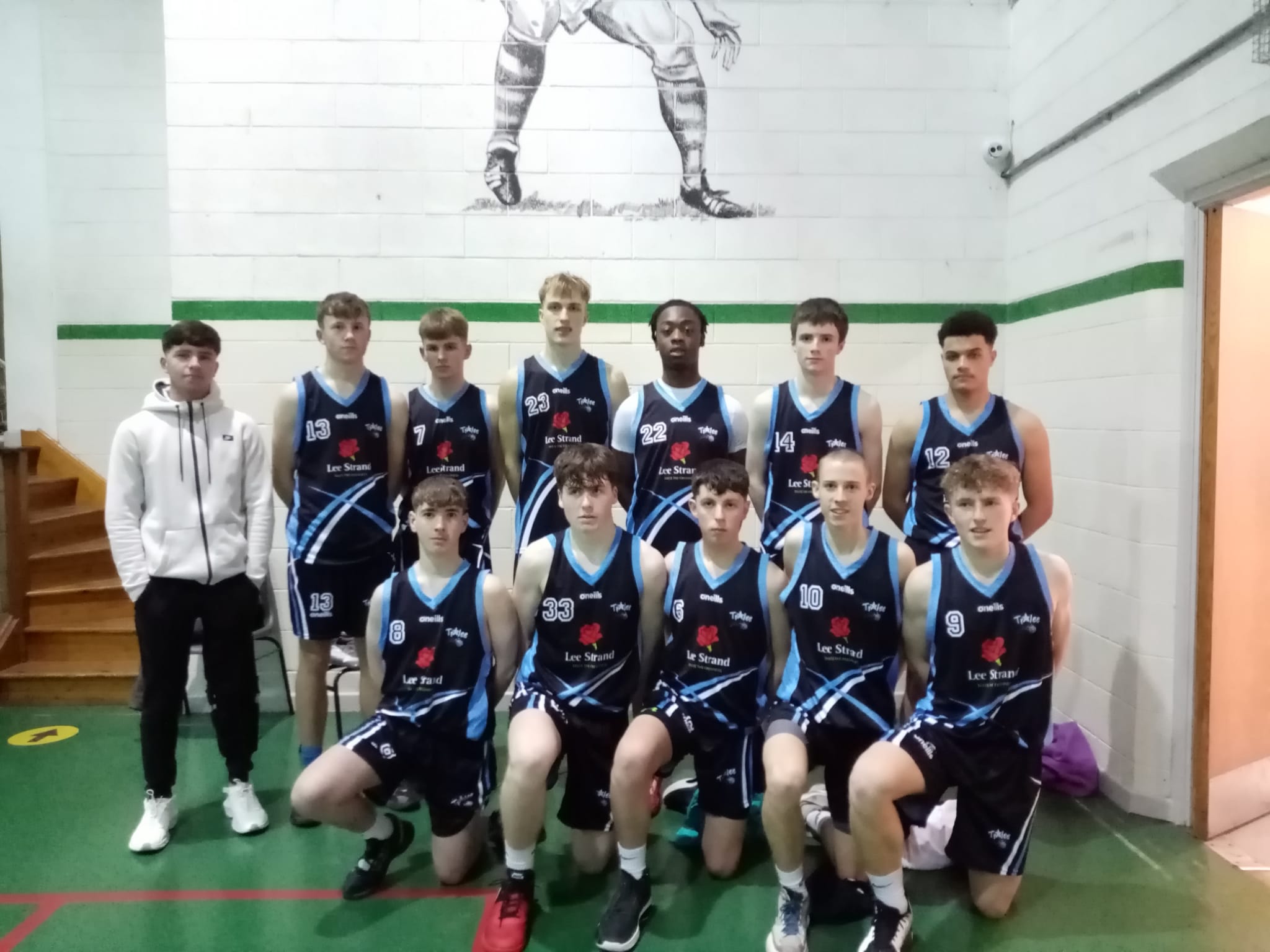 After 19 months, competitive games finally got underway for juvenile teams.

Our u18 boys put on a brilliant display at the Michael Heffernan tournament in Cork with wins over Limerick Celtics, Galway Titans and St. Paul’s Killarney.

They lost out to Blue Demons Cork in the Cup semi final.

Well done to all involved. It has been a long road to get back to competitive action for our underage players and we look forward to seeing more of our teams in action sooner rather than later.