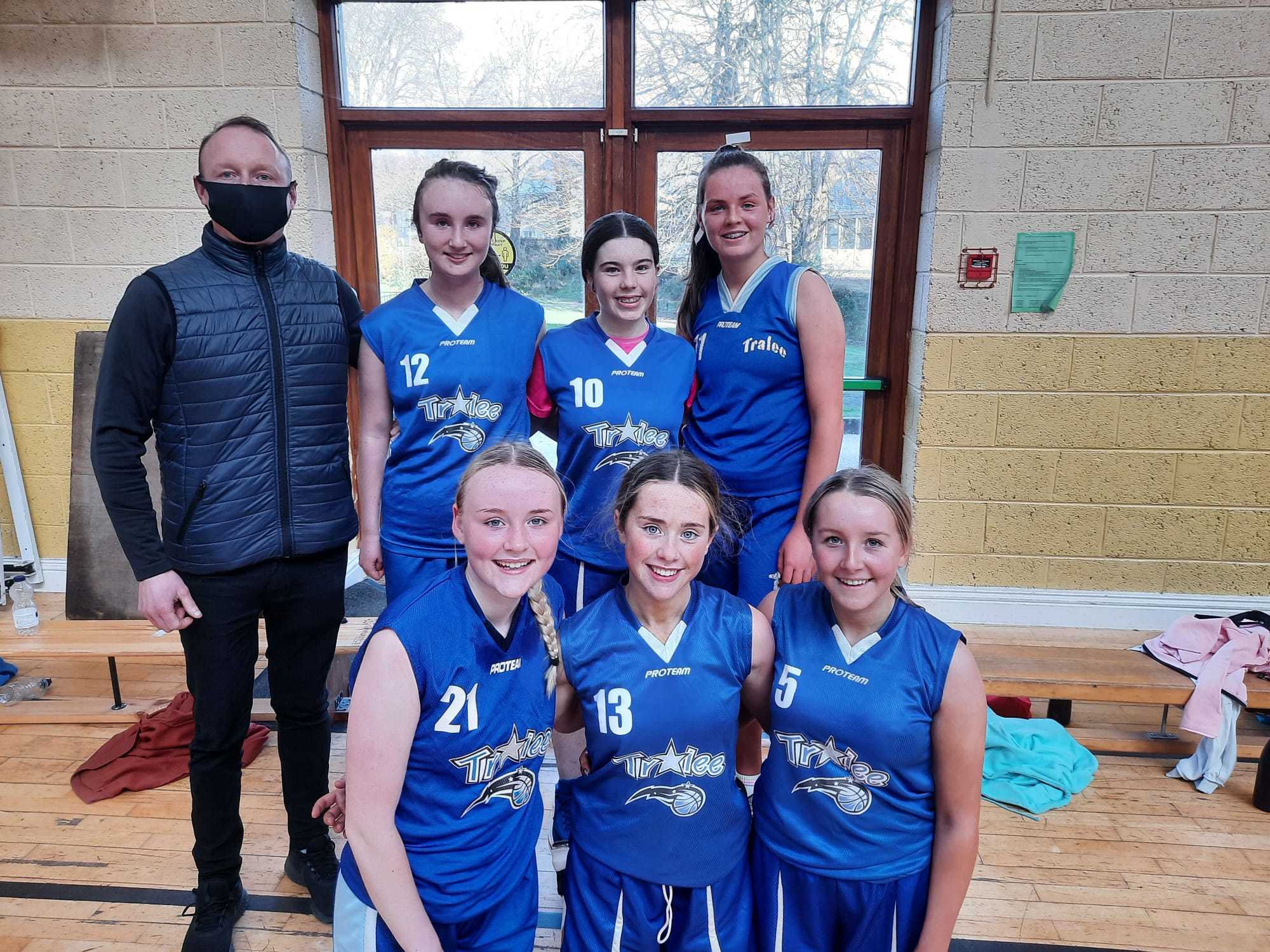 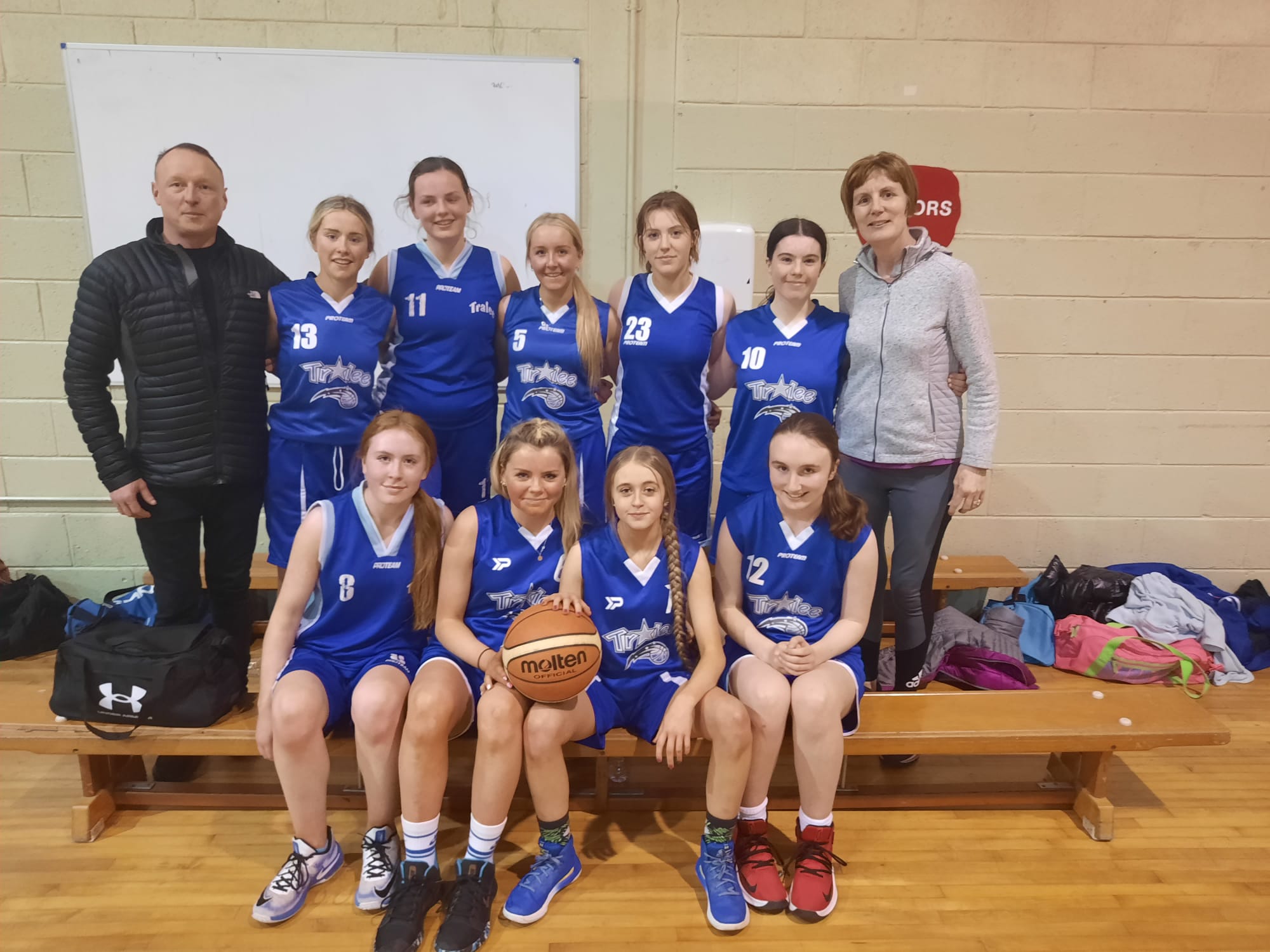 This was the final game of the season for the girls.

The coaches were very happy with the girls effort at training and how they have played all season. 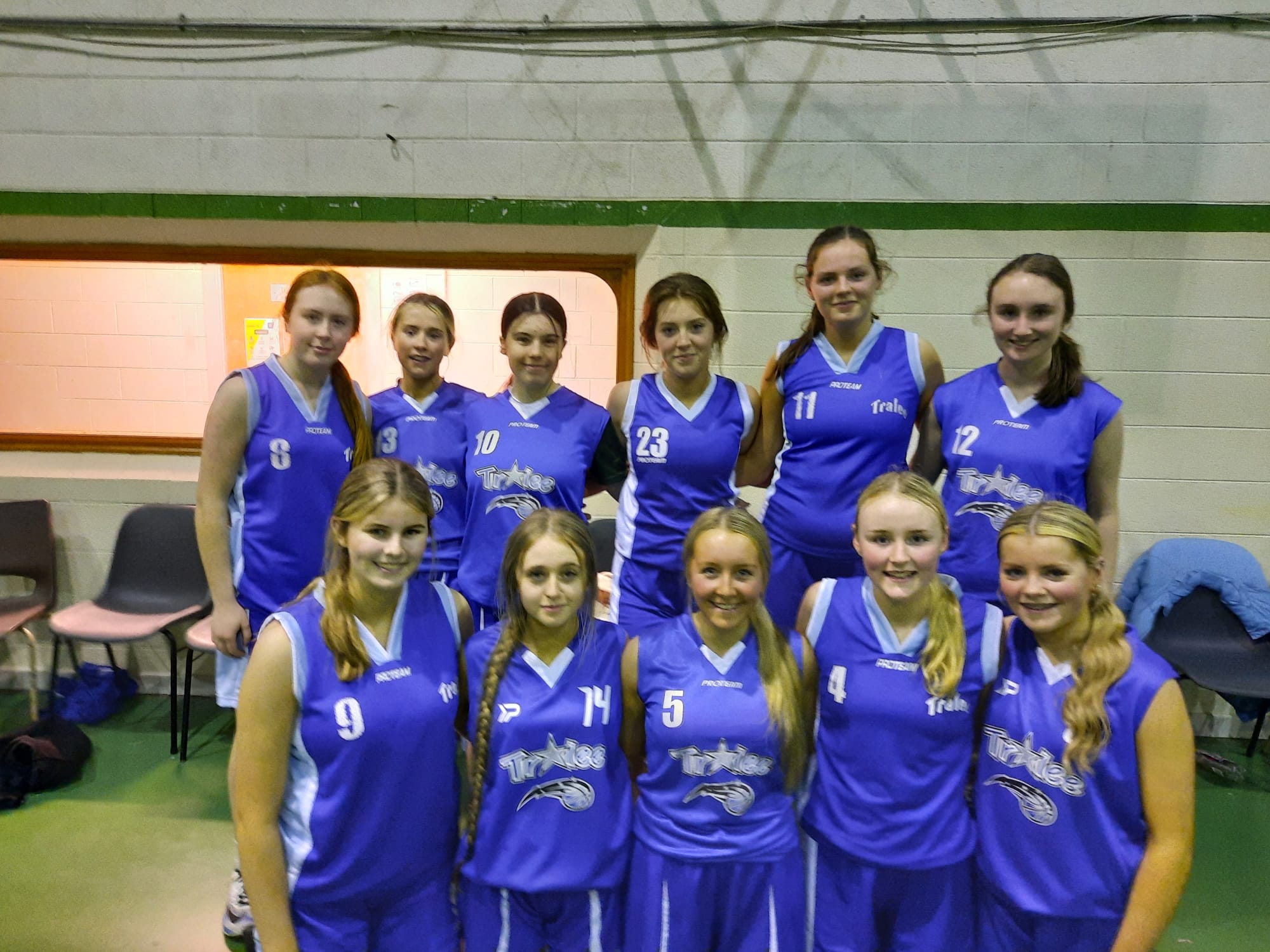 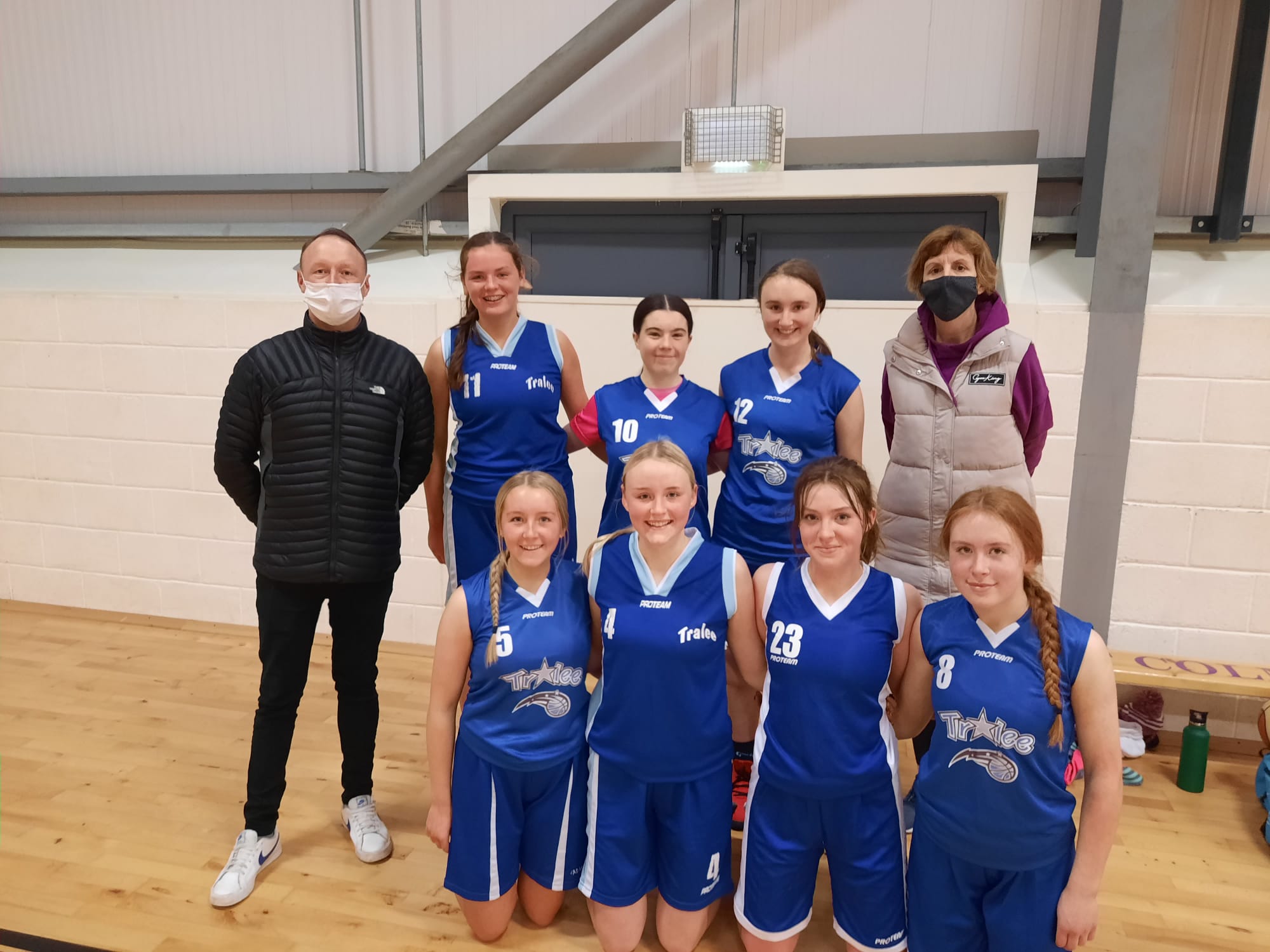 Our U18 Girls Team 2 opened there 2022 season against St Colman’s on Sunday morning in Milltown.
Quarter 1 opened with both defences on top. Imperials were creating opportunities but the final shots just not dropping. Hollie Leane opened the Imperials account with a great basket after a run from deep. With Quarter
1 drawing to a close, Orlaith McKenna attacked the basket and drew the foul. Orlaith finishing 1 from the free throw line.
St Colmans with a narrow 4-3 lead at the end of quarter 1.

The 2nd quarter began well for St Colmans with some early scores on the board. Aine Walsh keeping Imperials in touch with a great
long range effort, St Colmans with a 14-5 lead midway through the quarter. Imperials defence really tightened at this point and began to take a hold on the quarter. A great steal from Keelin Coffey, a fantastic offload to Aisling O’Connell with Aisling duly obliging with a great score. Laura Reilly was having a massive impact on the quarter at this time, a great steal from Laura again finding Aisling O’Connell with Aisling making no mistake. With the 2nd quarter drawing to a close, Keelin Coffey was again to the fore with a great steal, strong run and great finish to leave a half time score of 16 – 11 in favour of St Colmans.

Imperials narrowed the lead significantly during quarter 3. Alva Daughton opened the Imperials account in quarter 3, after collecting an offensive rebound and finishing superbly. Laura Reilly was again defending well during the quarter, a great steal and a fantastic run by Laura, resulting in a great score. Imperials finished the quarter strongly with great baskets from Laura Reilly and Aisling O’Connell. St Colmans with a narrow 19-18 lead at the end of quarter 3, with evidence of a growing Imperials comeback.

Imperials really took the game to St Colmans in quarter 4. Keelin Coffey opening the Imperials account with a brilliant score after 11 seconds. Aine Walsh followed up with a great score after collecting an offensive rebound. With Imperials dominance growing, Orlaith McKenna stormed into the game with 2 great baskets giving Imperials a 27-20 lead, midway through the quarter. The lead was short lived with St Colmans following up with the next 5 points, ensuring a competitive finish to the game. With both teams in foul trouble, Orlaith McKenna was back to the Free Throw Line to add 1 to the Imperials account. At this point, Imperials really reduced the fouls to a minimum, reducing the opportunities for Colmans scores. Aine Walsh was back to the free throw line for another score. Laura Reilly also added 2 more from the free throw line to shift momentum to Imperials. With the clock counting down to the end of the quarter, Keelin Coffey and Orlaith McKenna combined well with Orlaith finishing brilliantly. With 1:26 on the clock in quarter 4, Imperials produced the score of the game, Laura Reilly to Hollie Leane, with Hollie offloading to Keelin Coffey, Keeling finishing brilliantly to extend the Imperials lead to 35-29. Keelin was back to the free throw line for the final score of the game. Imperials take the win on a score line of 36-30.

Thanks to St Colman’s for a very sporting and enjoyable game. Thanks as always to the table officials and referees.
The management team of Danny and Brenda were particularly impressed with the strong defensive effort and the great comeback after a slow start. 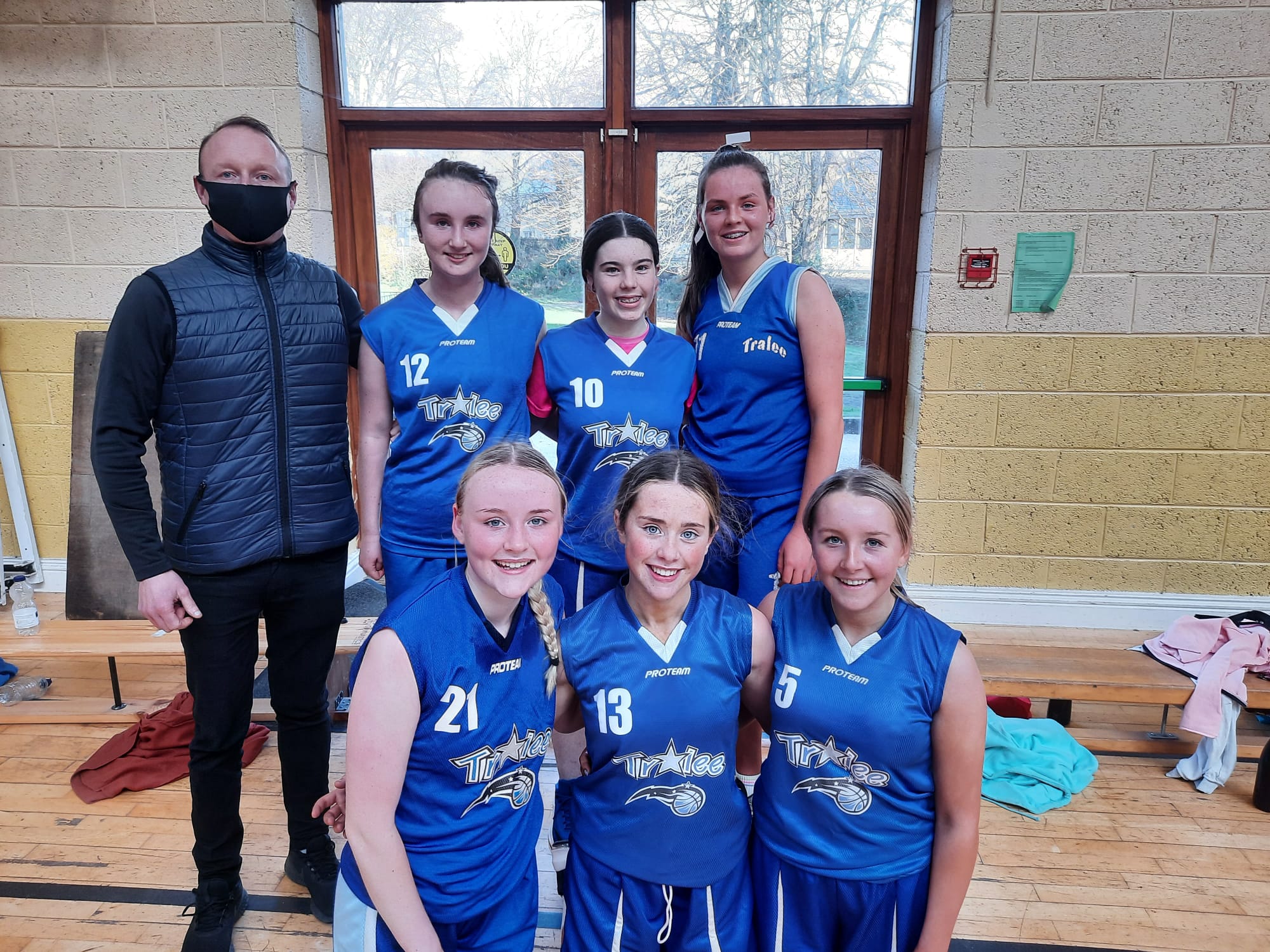 Our U18 Girls Team 2 began their season on Saturday after a 21 month layoff from competitive basketball. They made the long trip to Kenmare, to take on local team Kenmare Kestrels. Imperials were missing a number of players due to other commitments.

Imperials started slowly in quarter 1 with the long layoff particularly noticeable. Kestrels raced into an early lead with some very good scores. Aíne Walsh kept Imperials in touch with 2 great scores from the free throw line. Katie Nix at Point Guard was starting to have an influence on the game. With seconds remaining in the quarter, Katie got to the basket for a great score, reducing the deficit to 10-4 at the end of Quarter 1.

The introduction of Keelin Coffey at the start of quarter 2 provided the platform for an Imperials revival. Strong Defensive work from Keelin and Hollie Leane, with great transitional play from Aíne Walsh started to pay dividends for Imperials. Aisling O’ Connell got to the basket for 2 brilliant scores. Katie Nix, Aíne Walsh and Aisling all finished the quarter strongly with great scores, leaving the half time score of 18-14 in favour of Kestrels.

Quarter 3 began with both defences on top. Great work from Hollie Leane and Katie Nix, found Keelin Coffey who finished brilliantly. Keelin turned from scorer to provider with a great pass to Aisling O’Connell, Aisling getting through the defensive guard to finish brilliantly. Keelin was again provider for Alva Daughton who finished superbly. A strong comeback from Imperials, driven by a massive defensive effort by all Imperials players. Hollie Leane and Katie Nix were immense during this period with strong running and multiple steals. The final score of the quarter was a brilliant long range effort from Aíne Walsh, leaving a score line of 24-24 at the end of quarter 3. All eyes on Imperials and the massive intensity levels of the first three quarters.

Aisling O’Connell opened the Imperials account at the start of quarter 4 with a brilliant effort. Kestrels began to run their bench and executed a full court press. Keelin Coffey was again to the fore with a brilliant pass for Alva Daughton, a bucket shot from Alva finished superbly. Imperials take the lead with 7:46 on the clock. With Kestrels in foul trouble, Keelin Coffey scored 2 from the free throw line. Keelin followed up with a great basket to extend the Imperials lead. Imperials were back again to the free throw line at the closing stages of the quarter. Aíne Walsh and Katie Nix finishing to ensure a fantastic Imperials win on a score line of 35-29.

The management team of Danny and Brenda were delighted with the win. The fitness levels, intensity and teamwork were fantastic to see and bode well for the months ahead. Imperials follow up with their next game on Tuesday evening.

A huge thanks to Kenmare Kestrels for a sporting and enjoyable game. Thanks also to the referees and table officials. 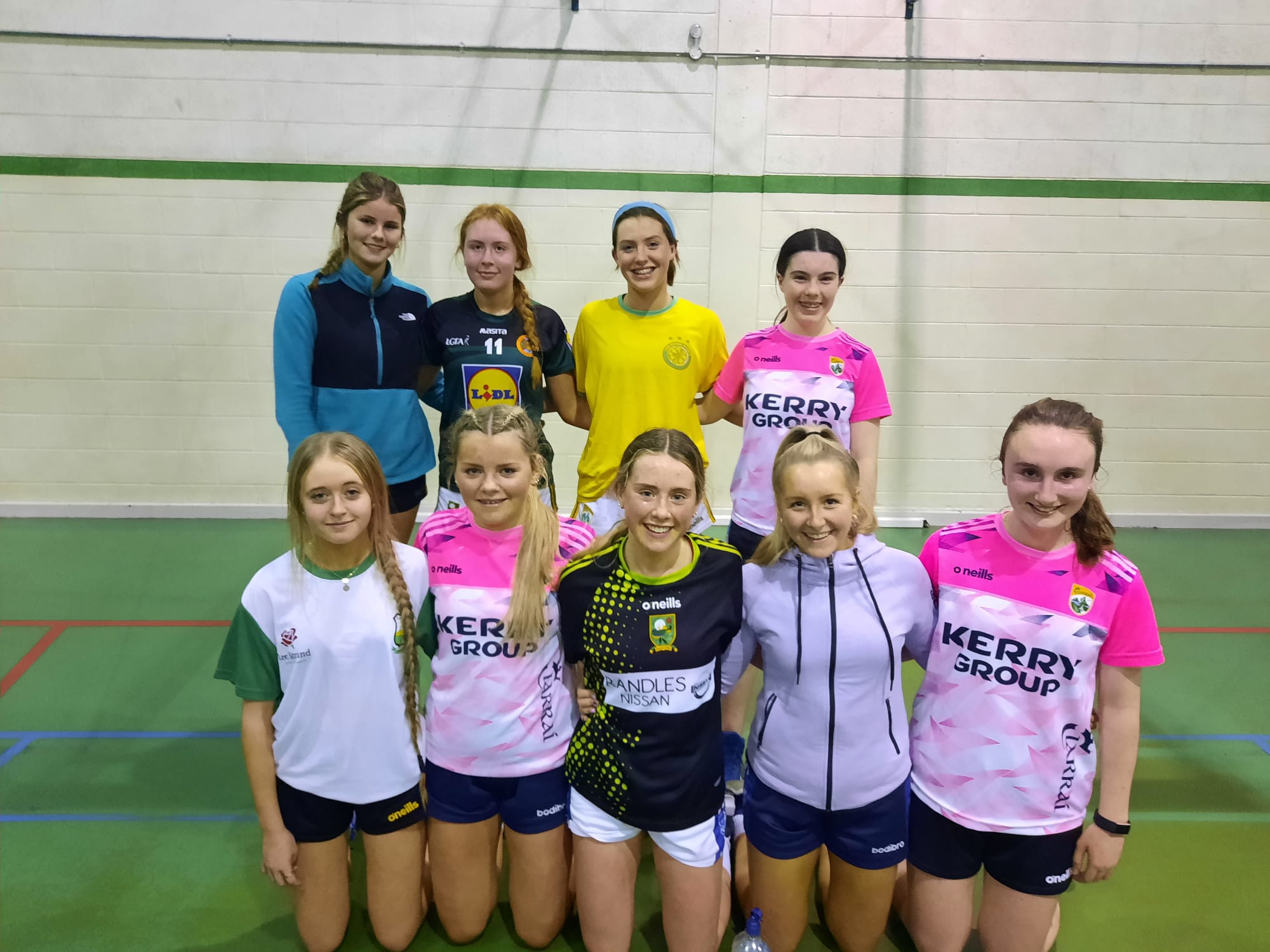