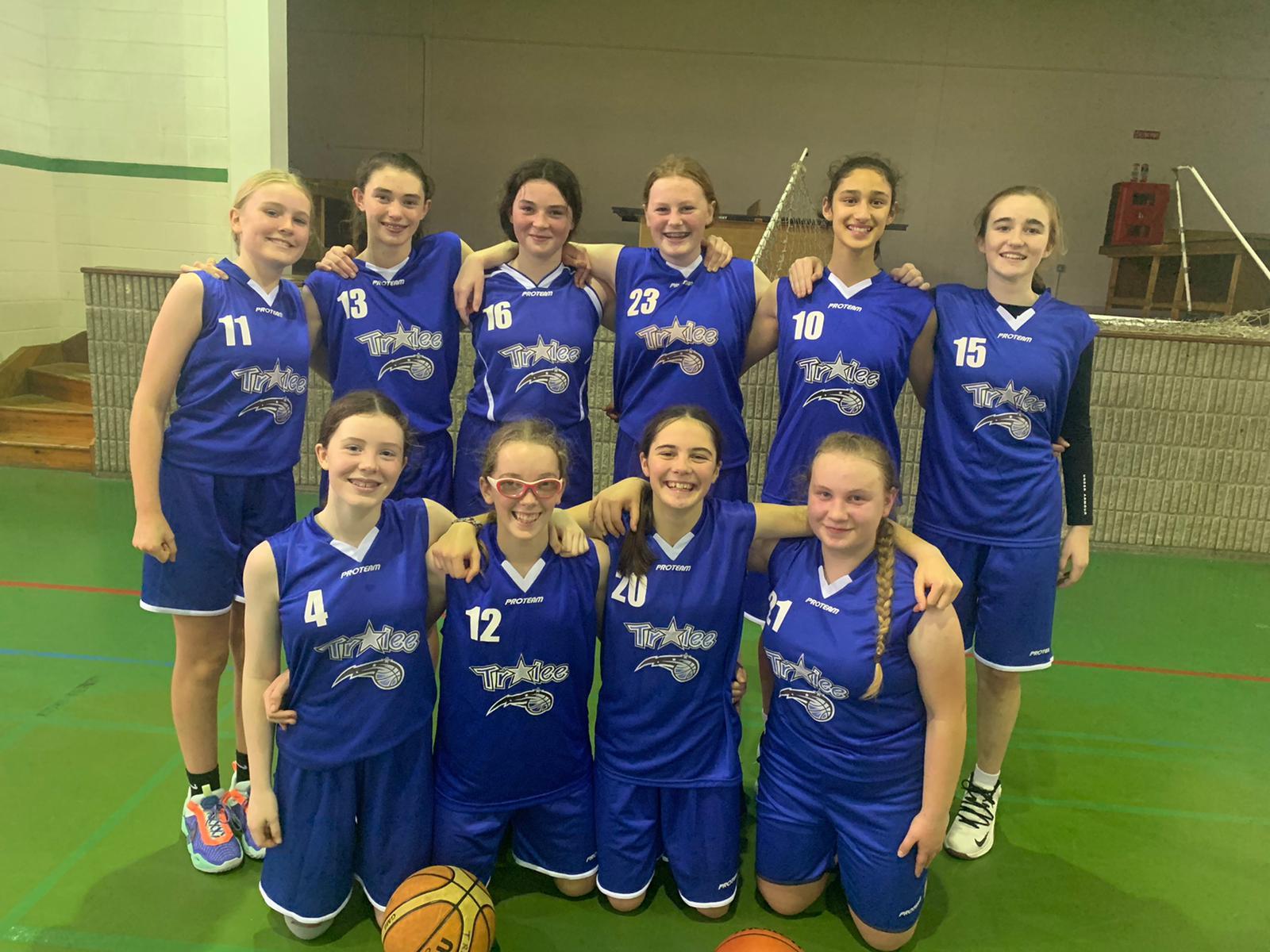 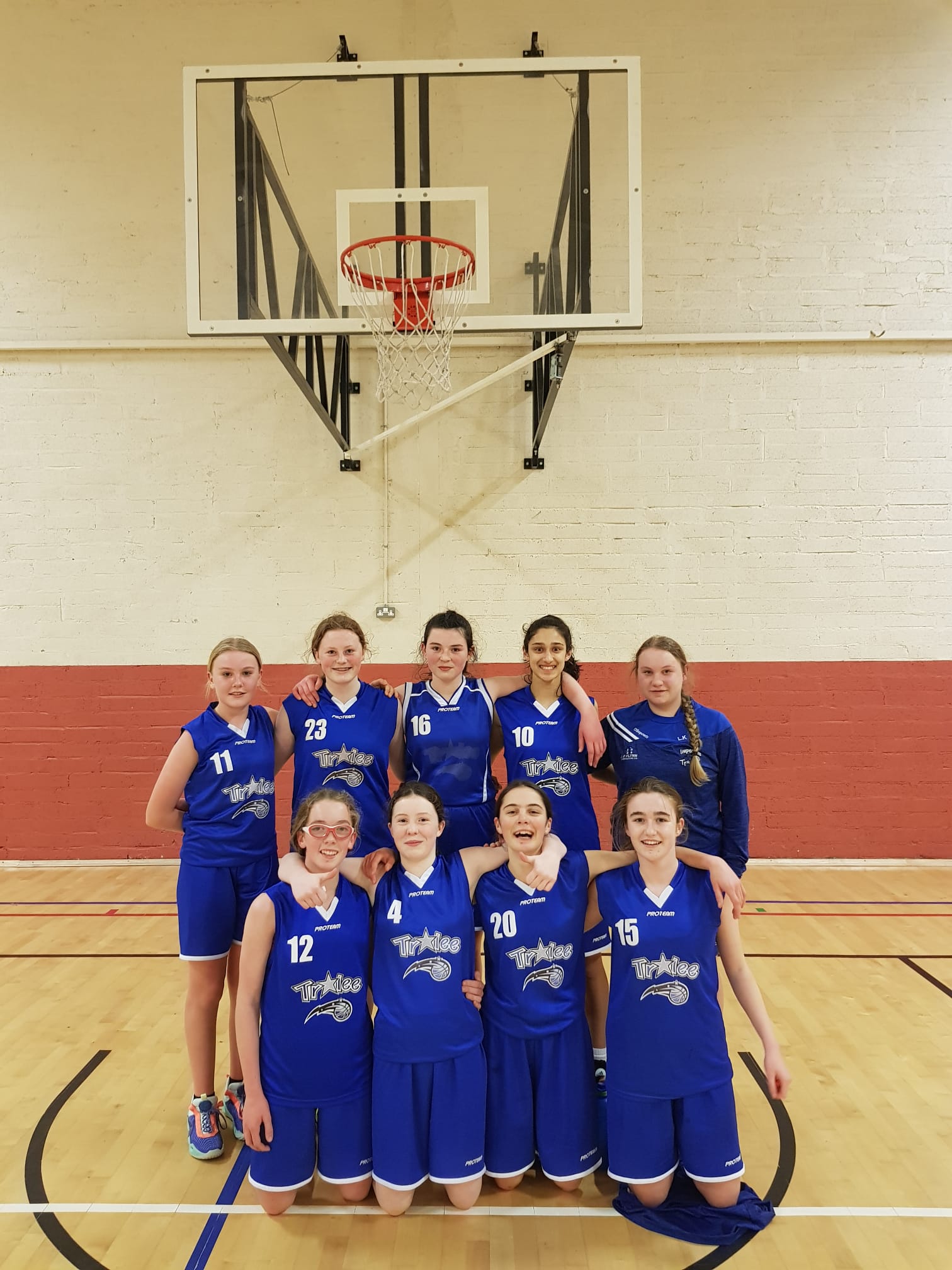 U14 T1 finished up their league with a strong performance against an unbeaten St Joseph's side.

In the first quater Imperials got out to a nice lead thanks in paticular to excellent play from Emily Flynn. Emily was dominant under the board coming up with numerous offensive rebounds and put backs. All 5 starters of Priya O Donovan, Anna Slattery, Sophie Mitchell, Ciara Costello and Emily Flynn got on the score sheet in this quarter to give Imperials a 15 - 7 lead.

The second quarter saw Imperials pick up the tempo combing a strong full court press with a high tempo fast break. This paid dividends on the score board for Imperials with Leipa Kaletkaite and Ashlyn Flavey running the floor for some excellent team scores thanks in no small part to outstanding defence from Soairse McCarthy who had 5 steals in the quarter. Anna Chute also excelled at point guard controlling the tempo throughout and pitching in with a good score. Half time score 27 - 12

All in all a great year for all the girls who finish the league with 6 wins out of 8, the 2 losses coming in a 24 hour spell where external factors probably didn't allow us to do ourselves justice.

The coaches and managment would like to thank the girls for all their hard work and dedication. They are a credit to themselves, their families and their club. Looking forward to plenty more basketball in the years ahead. 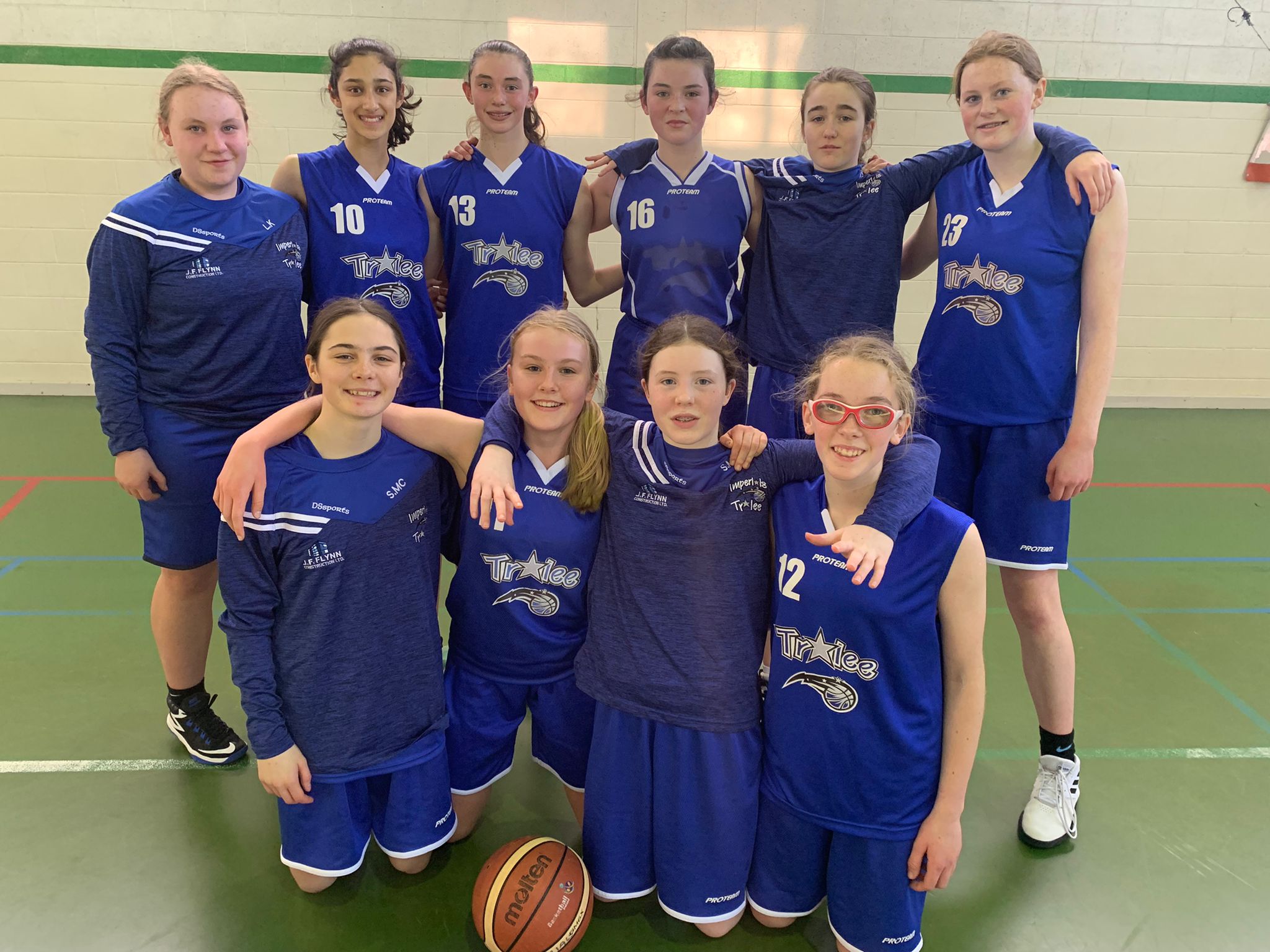 The Girls were out again less than 15 hours after their loss to St. Mary's, this time against a very strong St Paul's team. Again this was a game where both defences were well on top. Strong inside defensive work from Emily Flynn and Anna O'Sullivan kept St. Paul's to 6 points in the first quarter. On the other end Imperials struggled to convert with 4 points coming from Saoirse McCarthy and Sophie Mitchell.

The second quarter was again neck and neck with Anna Chute scoring well for imperials. Half time score 10 - 8 to St Pauls.

The third quarter Imperial continued to play high pressure defence which resulted in numerous steals and turnovers. Unfortunately the girls were unable to concert these chances and ended the quarter 16- 10 behind.

In the final quarter Imperials gave it their all and put pressure on every St Paul's ball resulting in numerous turnovers.  Despite some excellent play which produced some good scoring opportunities Imperials were unable to convert. It was unfortunately one of those quarters where someone put a lid on the basket and good shot after good shot rolled around the rim and fell out. Fatigue finally caught up with the girls and St. Paul's were able to get a few late baskets on the fast break to see the match out. Final score 26 - 10.

A disappointing weekend of basketball for the girls but an excellent learning experience and a lot of positives for the girls to build on.

U14 T1 were away to Castleisland for the first of 2 matches this weekend. The first half was a tight affair with both defences well on top and scores at a premium.

Imperials rallied in the last quarter and played some good team basketball finally overcoming Castleisland's pressure. Scores coming from Anna O'Sullivan, Priya O'Donovan and Sophie Mitchell. The girls were never able to bridge the gap however and tired in the last few minutes. The game ended 38 - 28 to Castleisland. 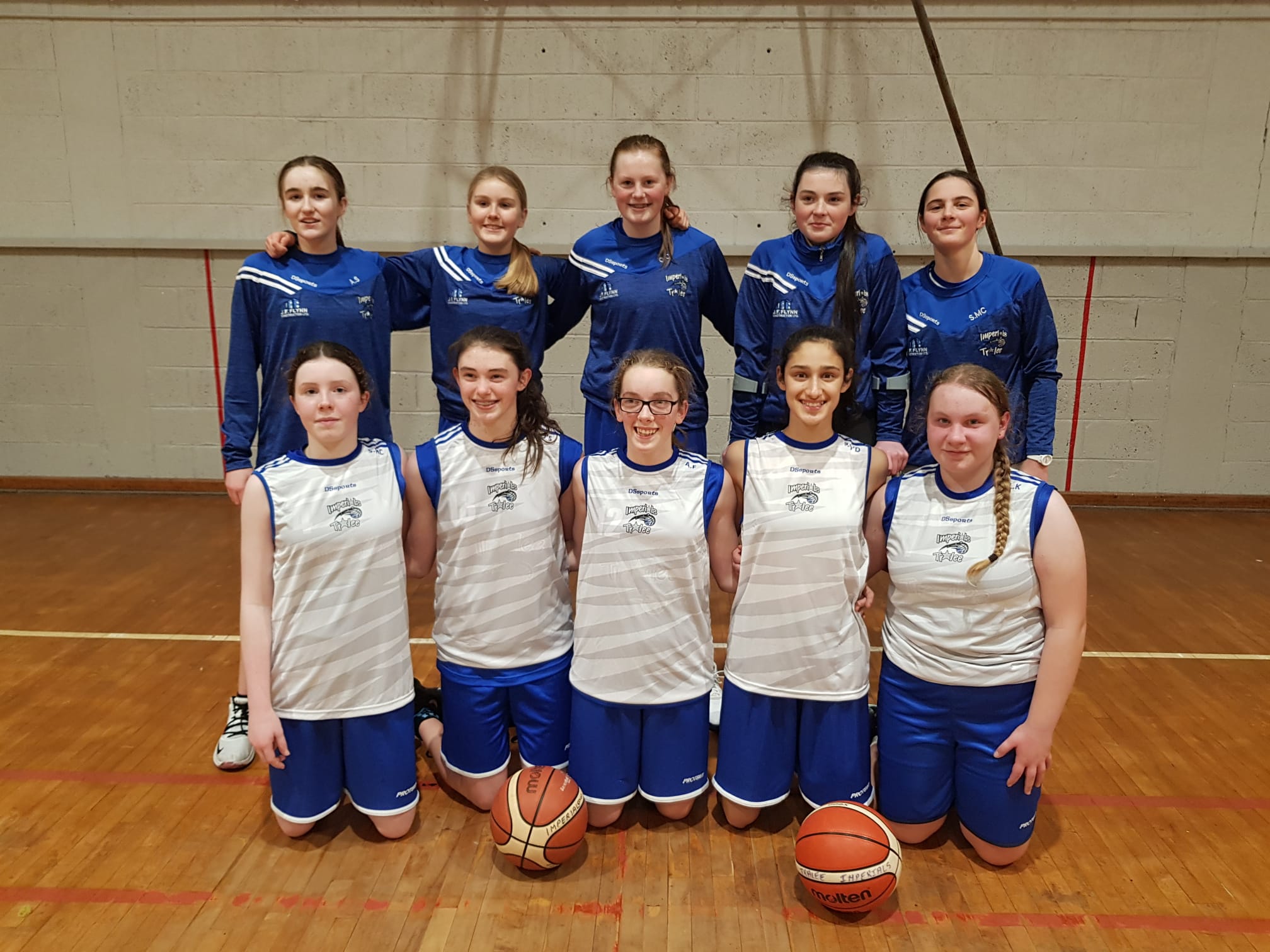 U14 Girls T1 delighted to have J.F. Flynn Construction Ltd. as team sponsors.

The U14 Girls were delighted to receive their team shooting and training tops kindly sponsored by J.F. Flynn Construction. John and Michelle have been great supporters of ladies teams in Tralee for a number of years and their generous support is greatly appreciated.

U14 Girls T1 made it 5 from 5 tonight with a good win against TK Cougars played in Killarney. It was a great team performance with all 9 players getting on the score sheet.

Quarter 1: Imperials started the game strong with Leipa Kaletkaite and Priya O’Donovan standing out for Imperials combining for 14 of Imperials 18 in the quarter. Score 18 - 2

The second quarter saw Imperials go with a smaller lineup which paid dividends on the fast break thanks to excellent defensive play from Saoirse McCarthy who had 5 steals in the quarter. Top scorers in this quarter were Anna Slattery and Sophie Mitchell. Half time score 32- 10

The final quarter saw Priya O'Donovan take over on the offensive end hitting shots from inside and outside. Continued defensive allowed Imperials to see out the match with all the girls getting good playing minutes. Final Score: 56 - 16 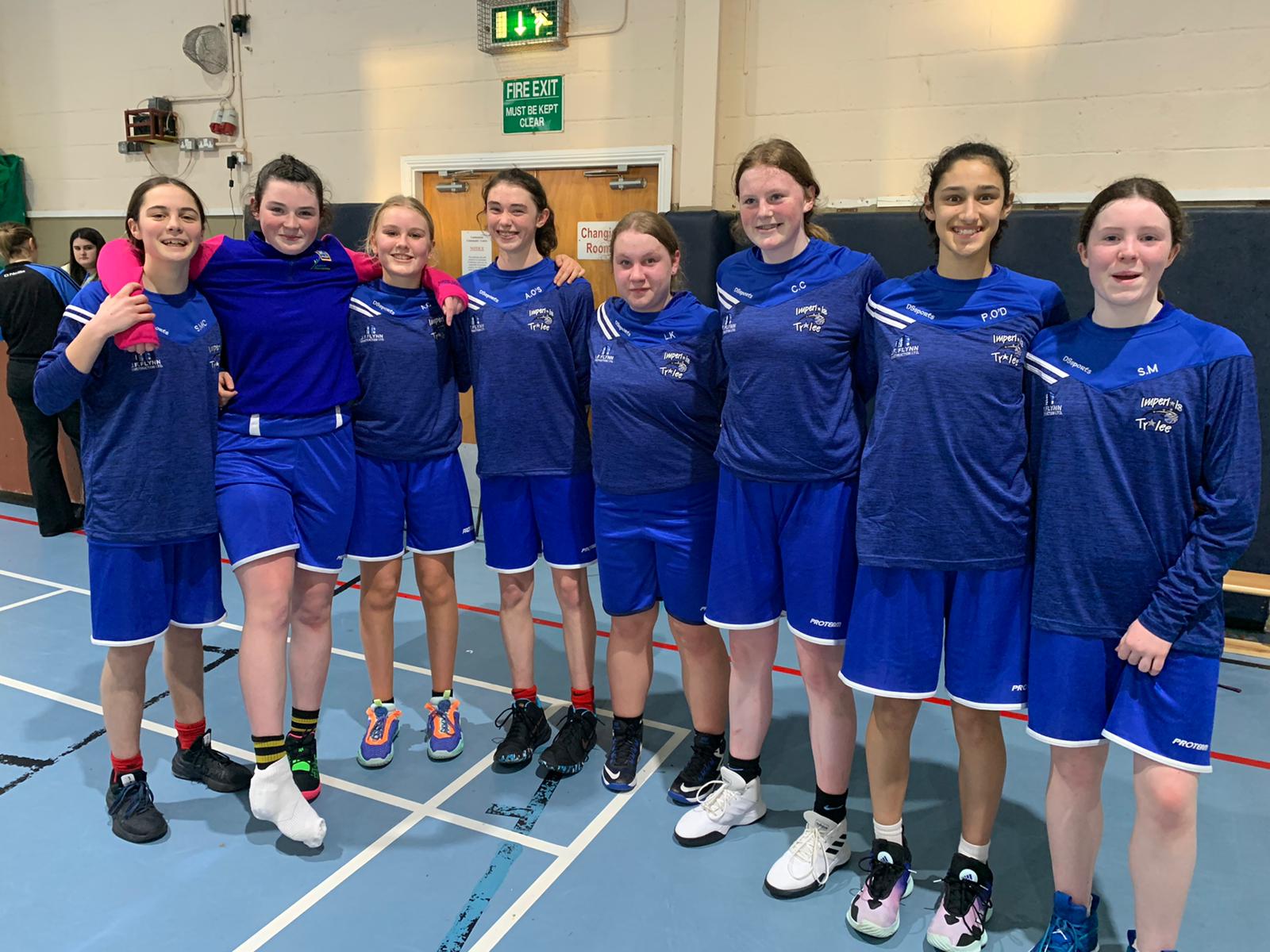 U14 Girls T1 continued their winning form with a good win against Castleisland in Castleisland Community Centre today.

Imperials were quick out of the traps with Priya O Donovan and Saoirse McCarthy scoring well. 1st quarter score 6 - 16 to Imperials.

The second quarter saw Imperials stretch their lead with Emily Flynn and Ciara Costello in control under the boards and Anna Chute hitting shot after shot from distance. Half time 9 - 35

The third quarter saw Imperials pick up the pace taking advantage of their dominance under the boards to set up good team fast break scores. It was great to see selfless play from all the girls making the right passes at the right time to result in easy finishes.  Scores coming this quarter from Anna O'Sullivan, Sophie Mitchell and Ciara Costello.  Score after 3rd Quarter 15 - 51

The final quarter saw Imperials continue to score well through Priya O Donovan, Anna O Sullivan and Sophie Mitchell. Unfortunately Emily Flynn who was having a huge game with 10 rebounds and 7 points suffered an ankle injury and had to leave the match. We wish Emily a speedy recovery.

It was a great team performance by all the girls. Final score St. Mary's Castleisland 20 - 71 Tralee Imperials 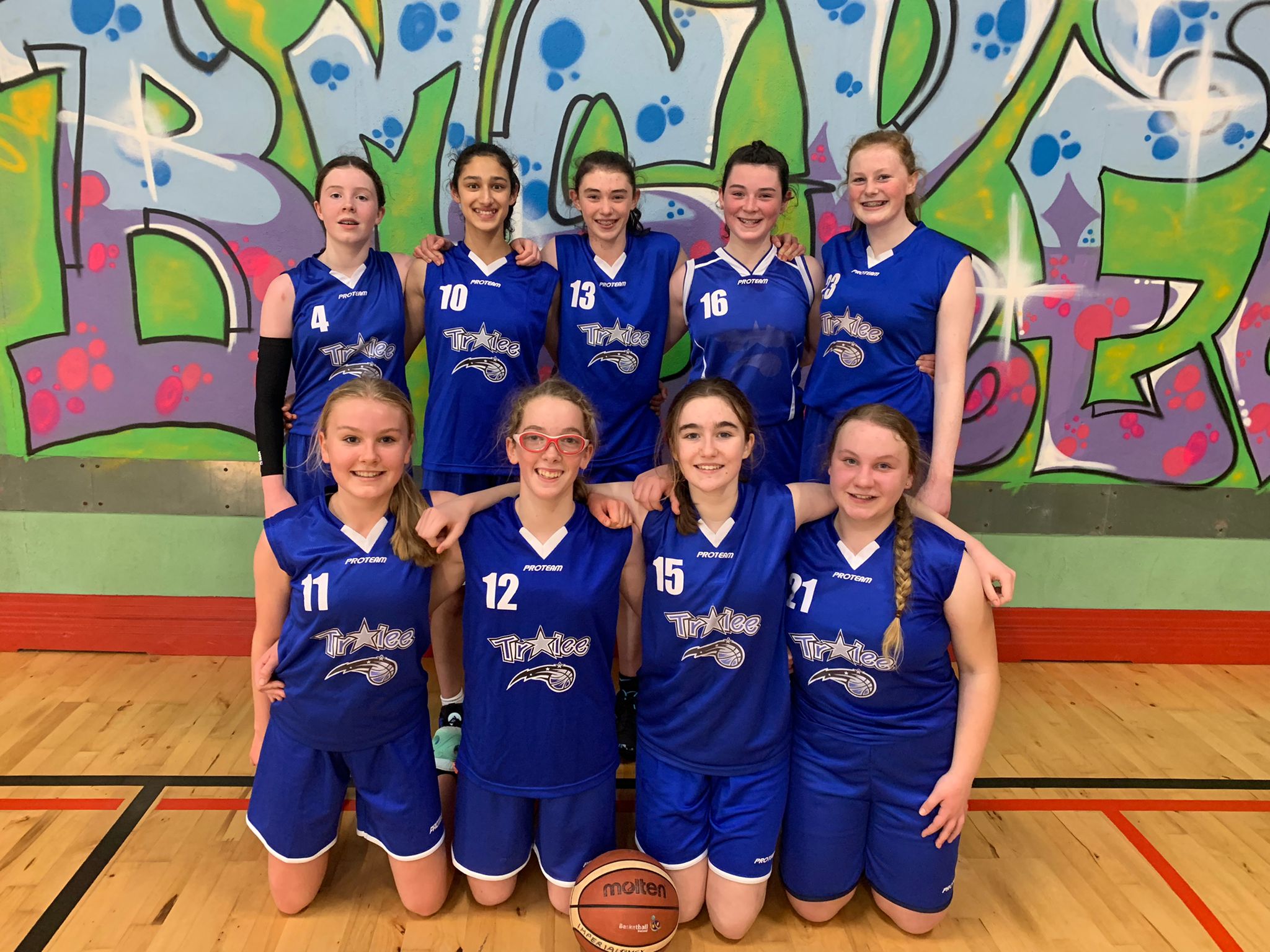 The U14 Girls T1 got their 2022 season up and running with an away win in Ballybunion this morning. With it being over 1 month since the girls last game they were understandably rusty at times but a dominating performance under the boards by Emily Flynn, Anna O'Sullivan and Priya O'Donovan ensured the girls continued their form and are now 3 wins from 3 in the league.

Imperials started strong with Anna Chute and Sophie Mitchell combining for 10 points in the first quarter helping imperials to an 11 to 2 lead at the end of the first.

The second quarter was more of the same for Imperials  with strong defence from Leipa Kalekaite and Priya O'Donovan resulting in some good fast break scores for Ashlyn Falvey  and Anna Slattery. Half time score 27 - 5

The third quarter was a closer affair with the long layoff showing at times with some sloppy play from the girls. Strong play from Emily Flynn and Ciara Costello ensured Imperials kept the scoreboard ticking. End of third Imperials lead 35 - 12.

Imperials remained in control for the final quarter with Priya O'Donovan providing quality assists for Anna Slattery, Anna O‘Sullivan and Sophie Mitchell who all got score on the board. Final Score Tralee Imperials 45 Ballybunion Wildcats 21. 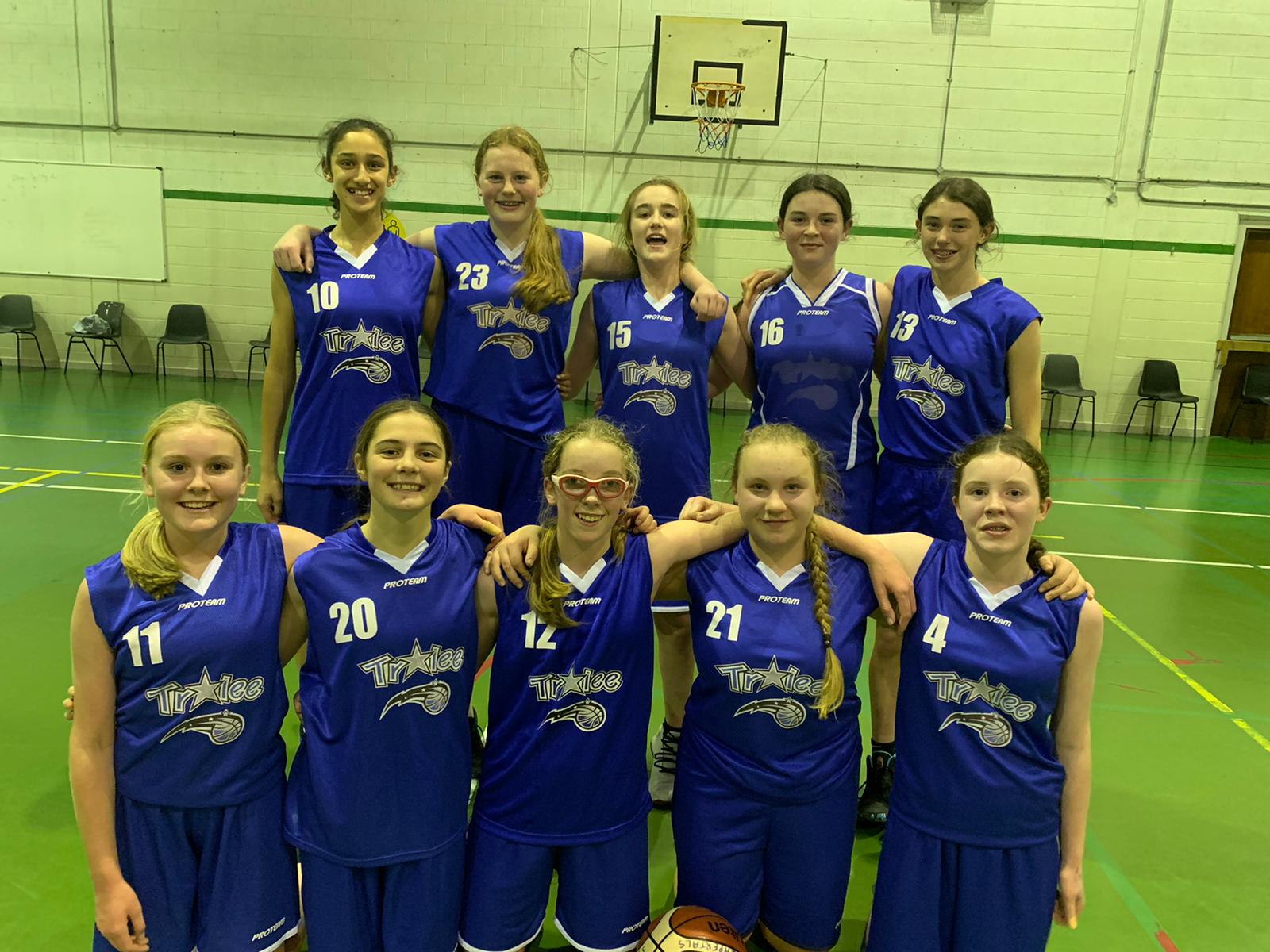 U14 Girls Team 1 make it 2 wins out of 2 with a solid performance against a well drilled St Colmans Team. Imperials went in ahead 13 - 5 after the first quarter thanks to good scores from Ciara Costello and Anna Slattery. Ashlyn Falvey and Priya O Donvan with the assists.

The second quarter was a close affair with Colmans scoring some nice baskets. Anna Chute and Anna O sullivan scored well for imperials with Saoirse McCarthy coming up with important stops in defence. Score at half time 25 - 15

Imperials stepped up their defensive effort in the third quarter paticuarly Priya O Donovan and Liepa Kaletkaite who was ever present on defence coming up with some important stops. Imperials further extended their lead outscoring Colmans 12 - 0 in the quarter thanks to good scoring from Anna O Sullivan and Ciara Costello. Score after 3rd score 37 - 15.

The final quarter was played at frantic pace by both sides who traded baskets throughout. Imperials managed to keep the score board ticking through Emily Flynn and Sophie Mitchell to secure the hardfought win. Final score 46 - 23.

The girls all played good team basketball with lots to improve on going forward. 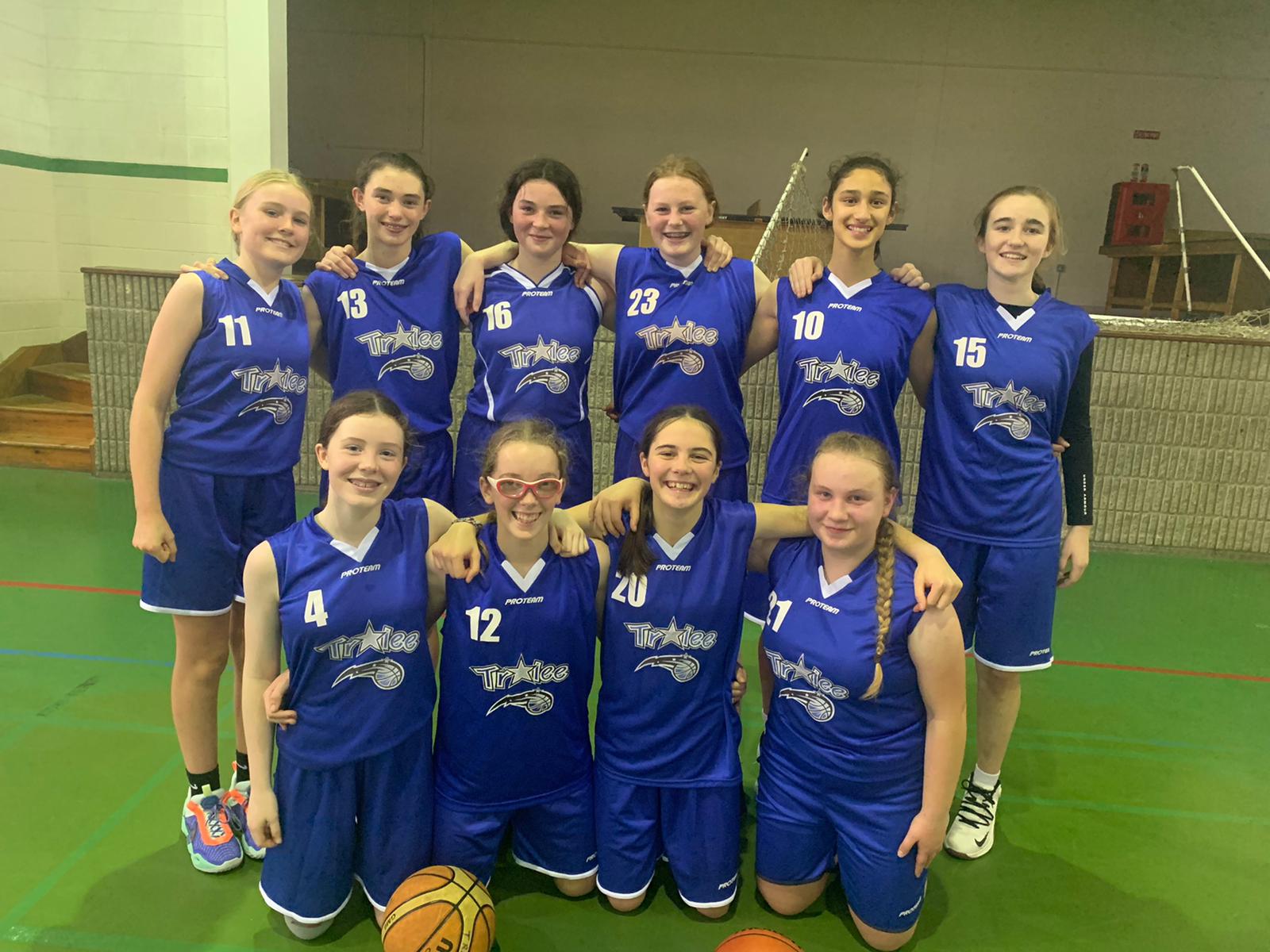 U14 Division 1 girls had their first competitive outing of the season against local rivals St. Brendan’s, who were missing a number of their regular players through injury and other commitments. Never the less the game was played at a high intensity in a sporting manner throughout by both teams.

Imperials jumped out to an early lead thanks to a strong performance under the boards from Anna O‘Sullivan and Priya O'Donovan who both finished the game on 9 rebounds apiece. Excellent long range shooting from Saoirse McCarthy and Sophie Mitchell helped Imperials stretch their lead before the half with Leipa Kaletkaite and Ciara Costello a constant threat on the fast break. Half time score 36 - 6

The second half saw more of the same from Imperials with Anna Chute taking control in the point guard position ending the game with 5 assists. Great inside scores from Emily Flynn saw Imperials stretch their lead further going into the 4th Quarter.

During the final quarter the Imperials defence stepped up their pressure in paticular Ashlyn Falvey and Anna Slattery who combined for 5 steals in the quarter.

A solid first outing for the girls who are all delighted to be back playing competitive basketball after a long break.