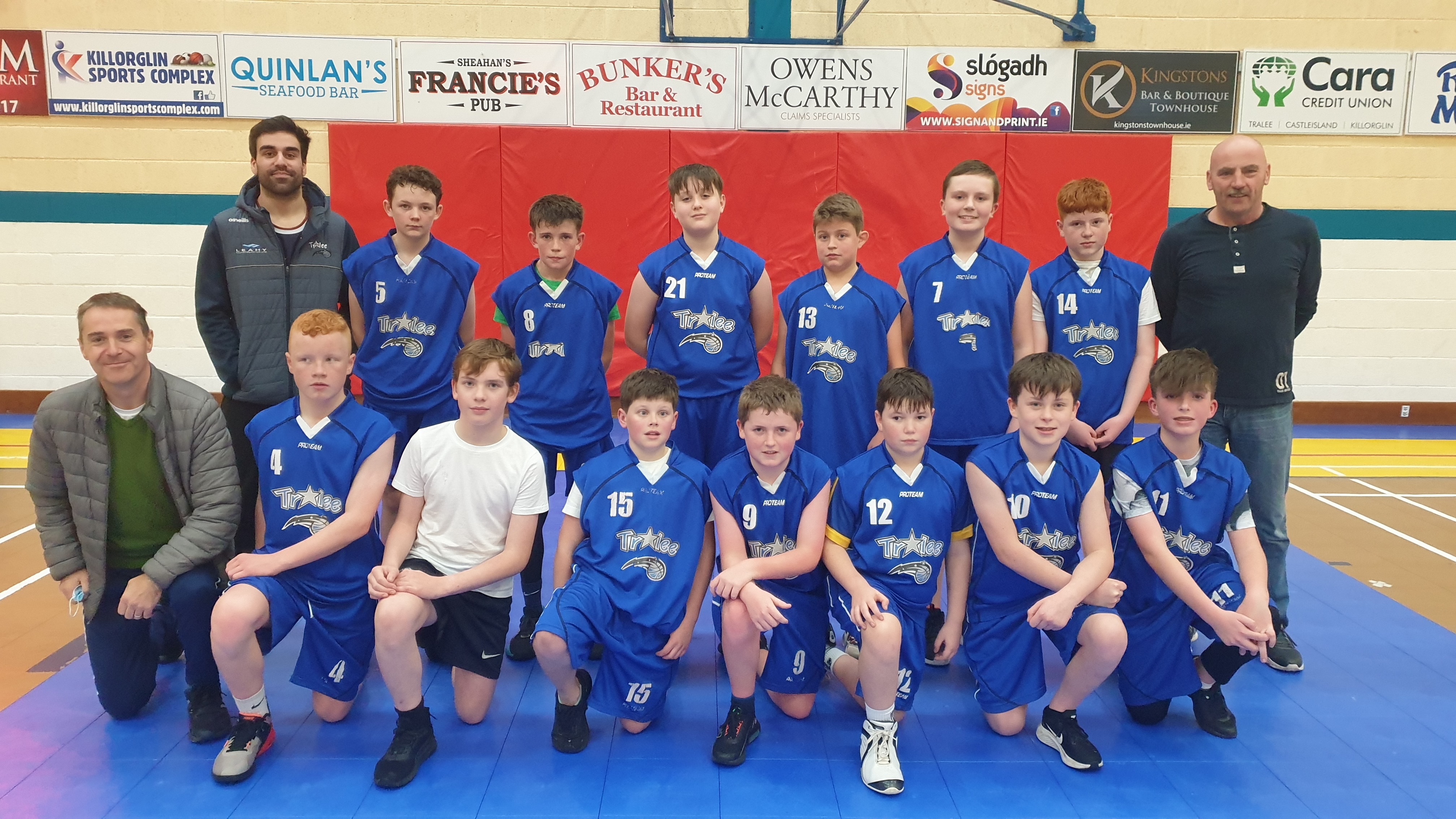 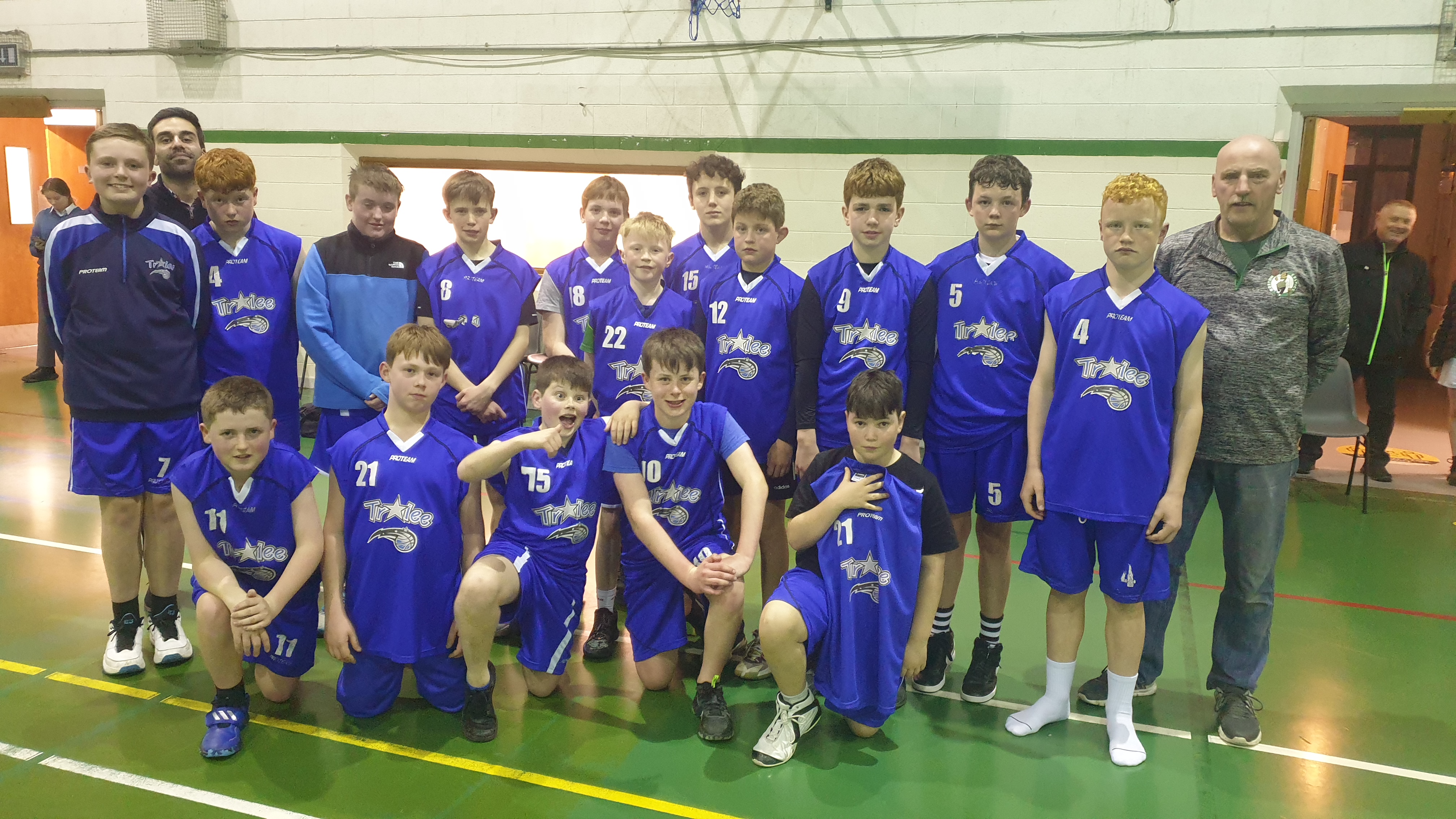 This was Imperials final game of the season and they started well some nice scores from Conor McGibney and Ruairi Kennedy. A strong second half from Imperials again with Jamie O'Keeffe firing home some lovely jump shots and Eoghan Crowley playing good defence but they were having difficulty with St Brendans height advantage under the basket and were trailing 21 to 35 at half time. A good spread of scores throughout the team in the second half saw everyone contributing in either offence or defence but it wasn't to be their night.

It closed what has been a tough season for the boys but they are a spirited group who love the sport and I have no doubt they will return bigger and stronger next year. They can be very proud of themselves for constantly putting in a huge effort even when they were chasing the game they never gave up and improved with every game and were a pleasure to work with. A huge thanks to coaches Jerome , Henrique and Mike for their commitment to the boys throughout the year and to Sinead Egan for helping out with the table. And a final thank you to the club and all the parents for the support and bringing the boys to training and games around the county throughout the year. Take a well earned rest and see ye all next year 🏀🏀 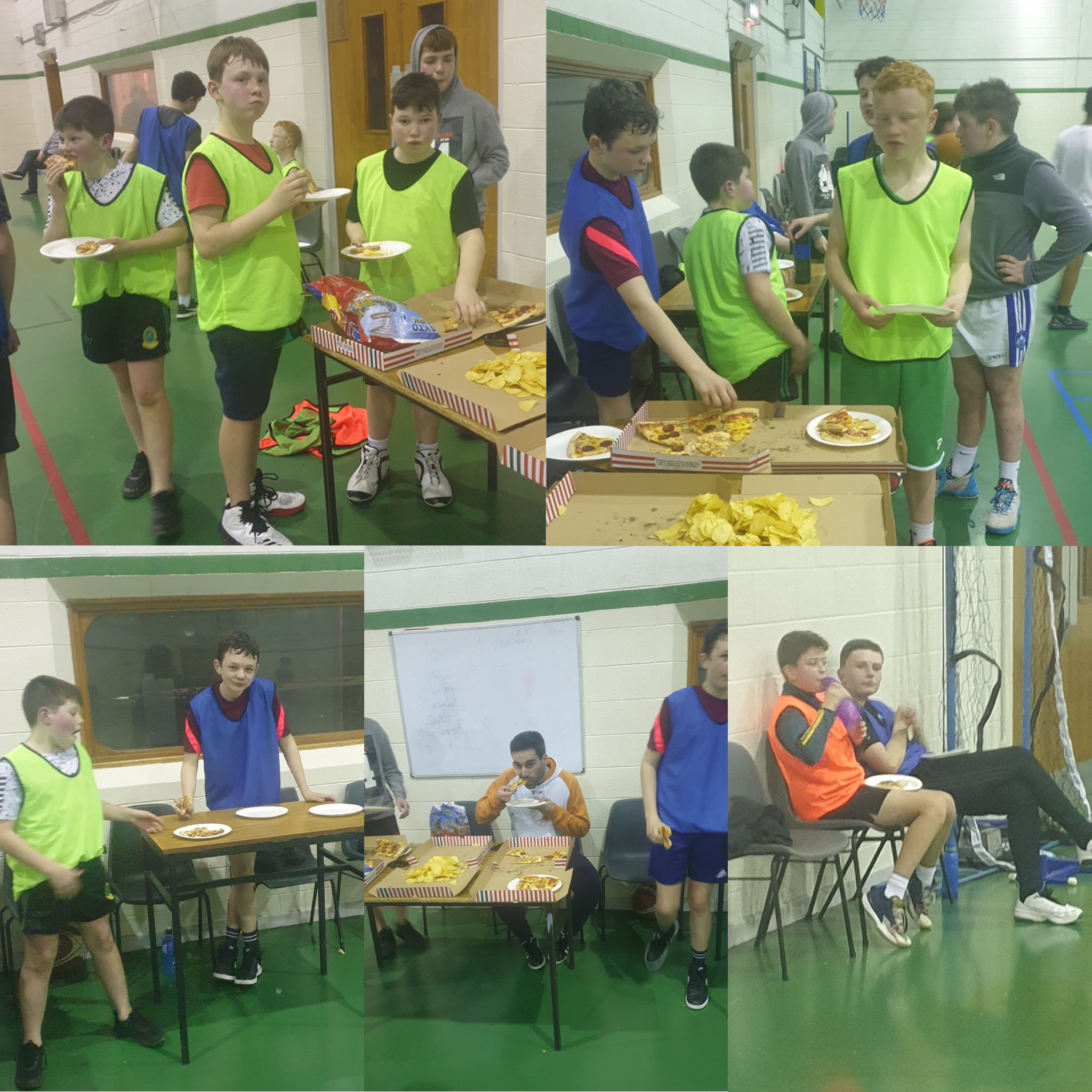 The U14 Boys finished off their training for the season with a well deserved  pizza party 🍕🍕 Thanks to the club for sponsoring the treat 💙🤍🏀 Final game of the season tomorrow night in CBS. Thanks to coaches Jerome, Henrique and Mike for all their hard work and commitment throughout the season.

Imperials were playing well in the first half and were unfortunate to be trailing by 15 points at half time they were unlucky not to have converted more scores and were working hard in defence and offence.

They worked hard again in the second half but the very fast pace tired them as they had only 2 players as subs. Special mention to Ruairi Kennedy who had a fantastic third quarter scoring 13 of Imperials 15 points and baging 3 lovely 3 pointers. Final outing will be next Wednesday 23rd against St. Brendan’s.

A slow first quarter for Imperials saw the Cougars gain a substantial lead.

A few wayward shots from Imperials left the Cougars increase their lead by 9 at the end of the 3rd.

Imperials began to tire in the 4th and were chasing Cougars who finished strong in the end. 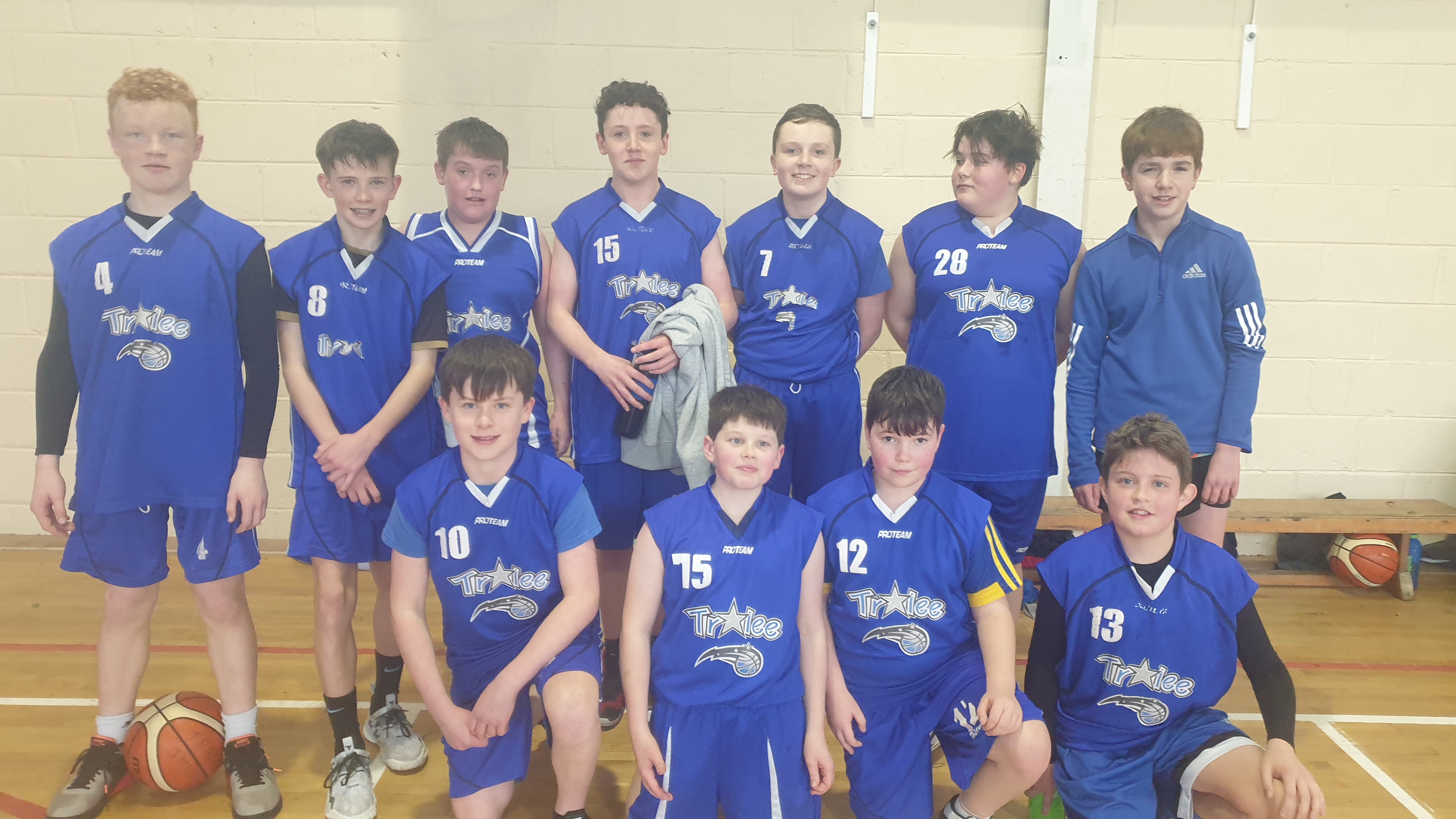 Tralee found it hard to settle into the game with Rathmore having a significant height advantage and were trailing 29 points to 4 at halftime. The boys worked hard in the second half with some very good defence from Eoghan Crowley and Rodhan Culloo causing a few turnovers and helping Tralee get some badly needed scores on the board. Unfortunately the 25 point margin at half-time was too much to make up and they were chasing the game throughout.

They played really well in both quarters of the second half and will have learned a lot from this game on how to play to their strengths that will benefit them in their next fixture. 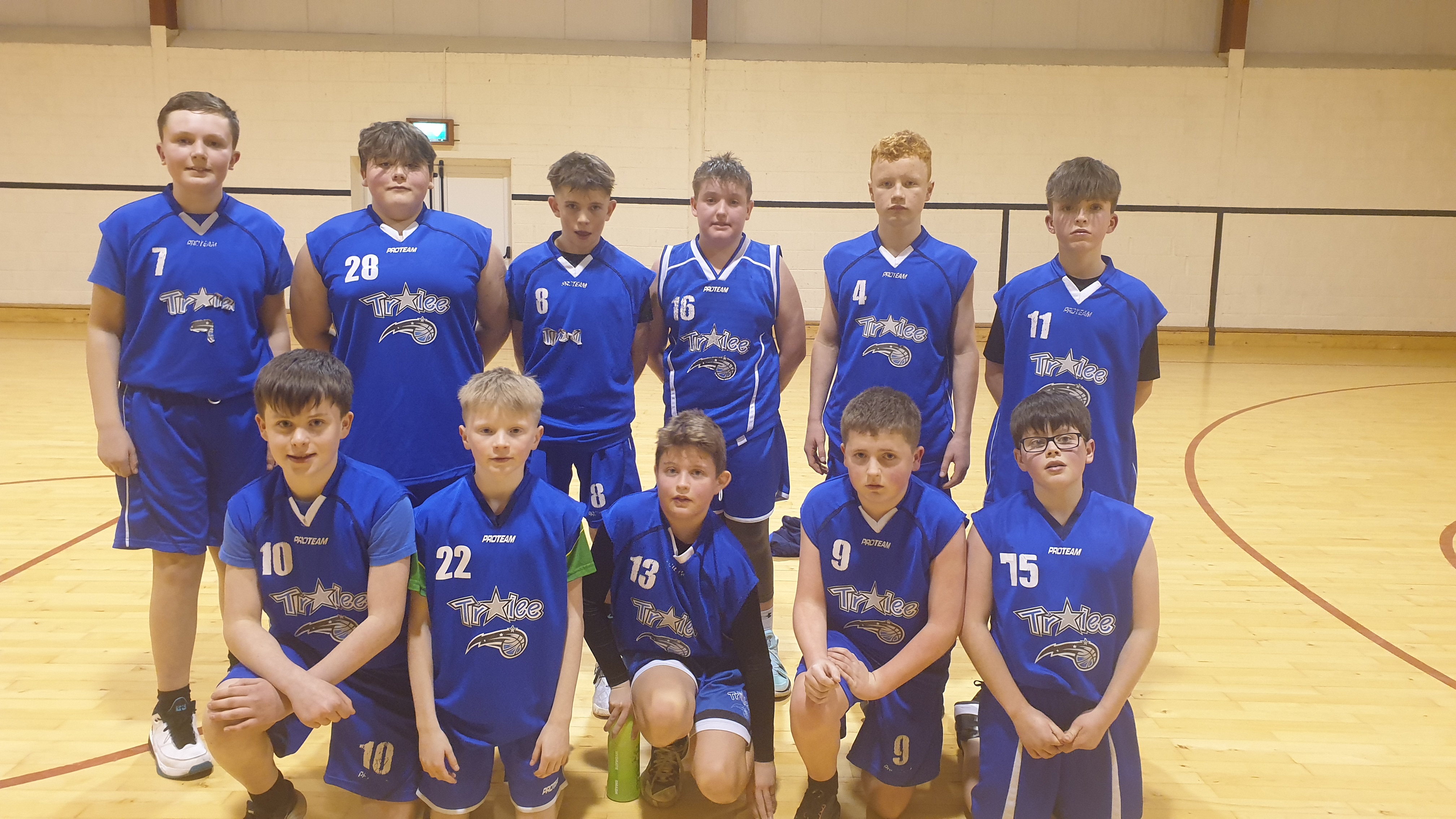 Tralee were slow to settle into the flow of the game despite some excellent defence by Eoghan Crowley.

Imperials got going in the 2nd quarter with some lovely scores from Conor McGibney and Jamie O'Keeffe they outscored the home side 11 pts to 6 to leave 6 between them at the half.

Again imperials outscored the home side with good performances from Rodhan Culloo and Jack Conway Tralee were fighting hard for the come back in a game they just couldn't seem to pull ahead in.

A very fast 4th quarter with both sides trading basket for basket after a fantastic 2 then a 3 from Ruairi Kennedy the game was level with about 1 minute left o  the clock. A final quick thinking score from Kenmare saw the home side come away with the win with just 2 pts the winning margin. Each of the boys can be very proud of their performance and they gave it their all.

Luke Gannon opened the scoring for Imperials in the first quarter in a game they found difficult to settle into. They found a bit of form in the second with Ruairi Kennedy hitting a nice 3 followed by basket and a free throw which left the score 25 -7 to St Brendans at the half. A few nice cuts by Imperials didn't pay off on the scoresheet for them and they found difficulty dealing with the press from St. Brendans in the fourth quarter and only managed 1 point in the quarter . Darragh Field was the stand out player for Imperials with some very good offensive rebounding aswell as hard work on defense and the only score from the free throw line in the fourth.

Next for the boys is a home game vs St Brendans Green on Saturday 29th. 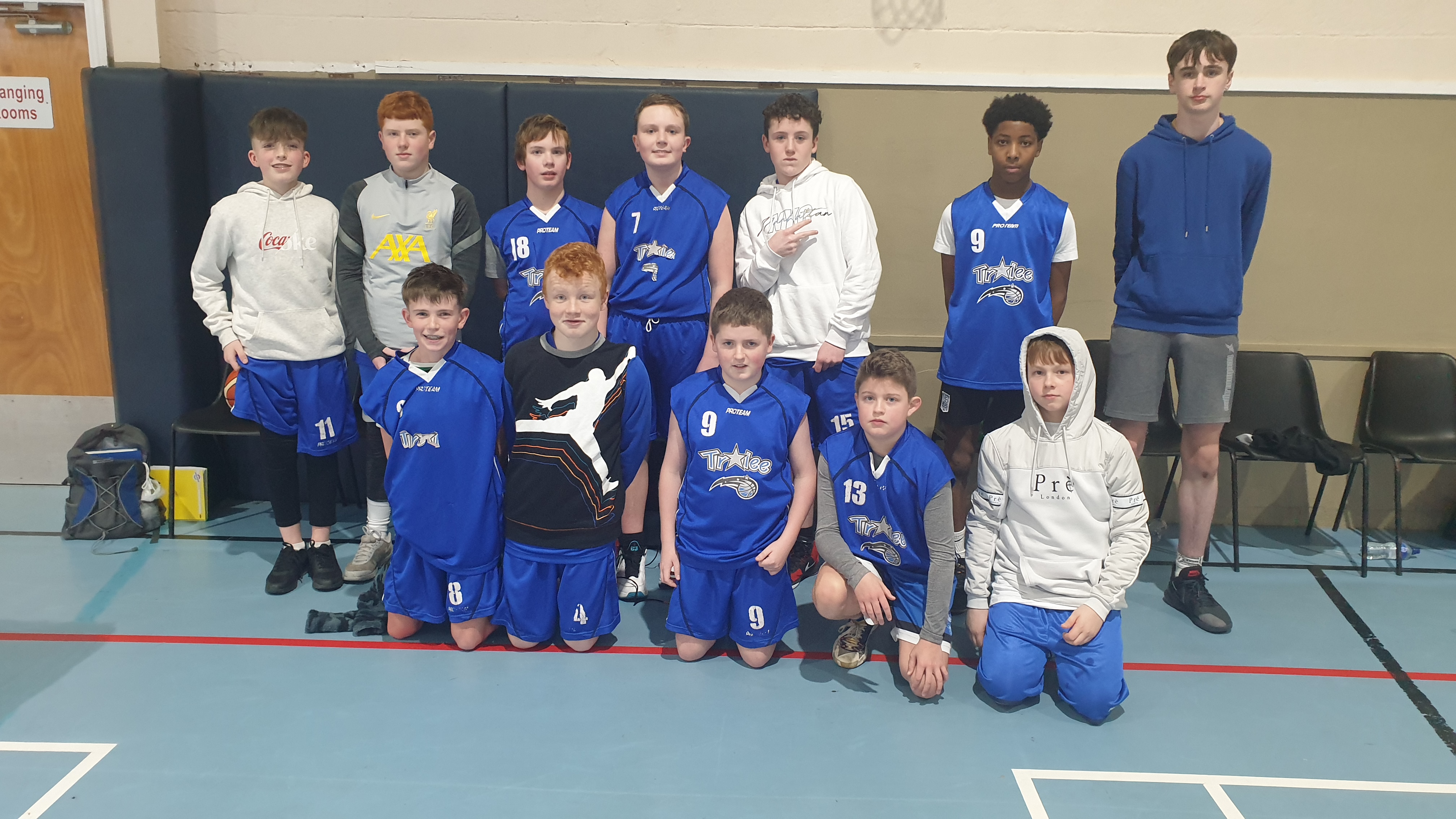 The boys got back after the Christmas break with an away game to St. Bridget's in Castleisland .

They started the first quarter well with nice plays from Conor McGibney and Jack Conway. They traded baskets and it was seperated by 4 pts at the break.

St  Bridget’s dominated this quarter with their strong drives to the basket outscoring the visitors 18pts to 2.

The Tralee side continued to struggle under the boards and had a few unfortunate misses from layups that they needed to make a difference to the scoreboard. They never gave up.

Tralee fought hard but it just wasn't there day in the end. 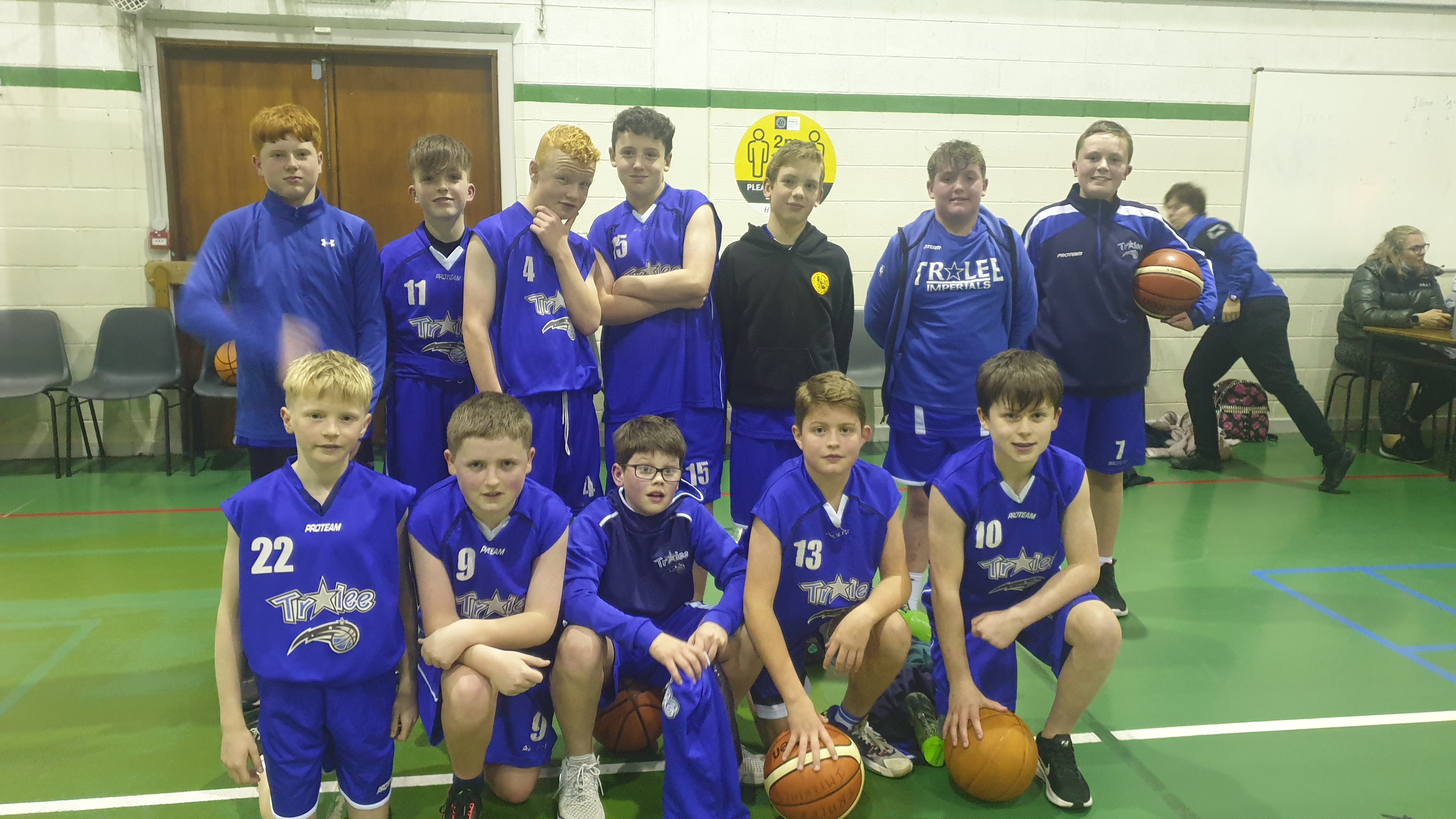 Very closely contested opening quarter with Nathan Hill O'Shea getting some lovely layups from the press and pinpoint passing from Ruairí Kennedy.

Tralee found it tough in the 3rd quarter against a much physically stronger Glenbeigh side and were unlucky not to get a few more scores here but they were trying hard and didn't give up.

Some good rebounding and pressure defence led to a few nice scores from turnovers for Tralee who fought hard until the final whistle.

Special mention to the score of the night for Jack Conway who spun around and crossed hands to score a great basket. 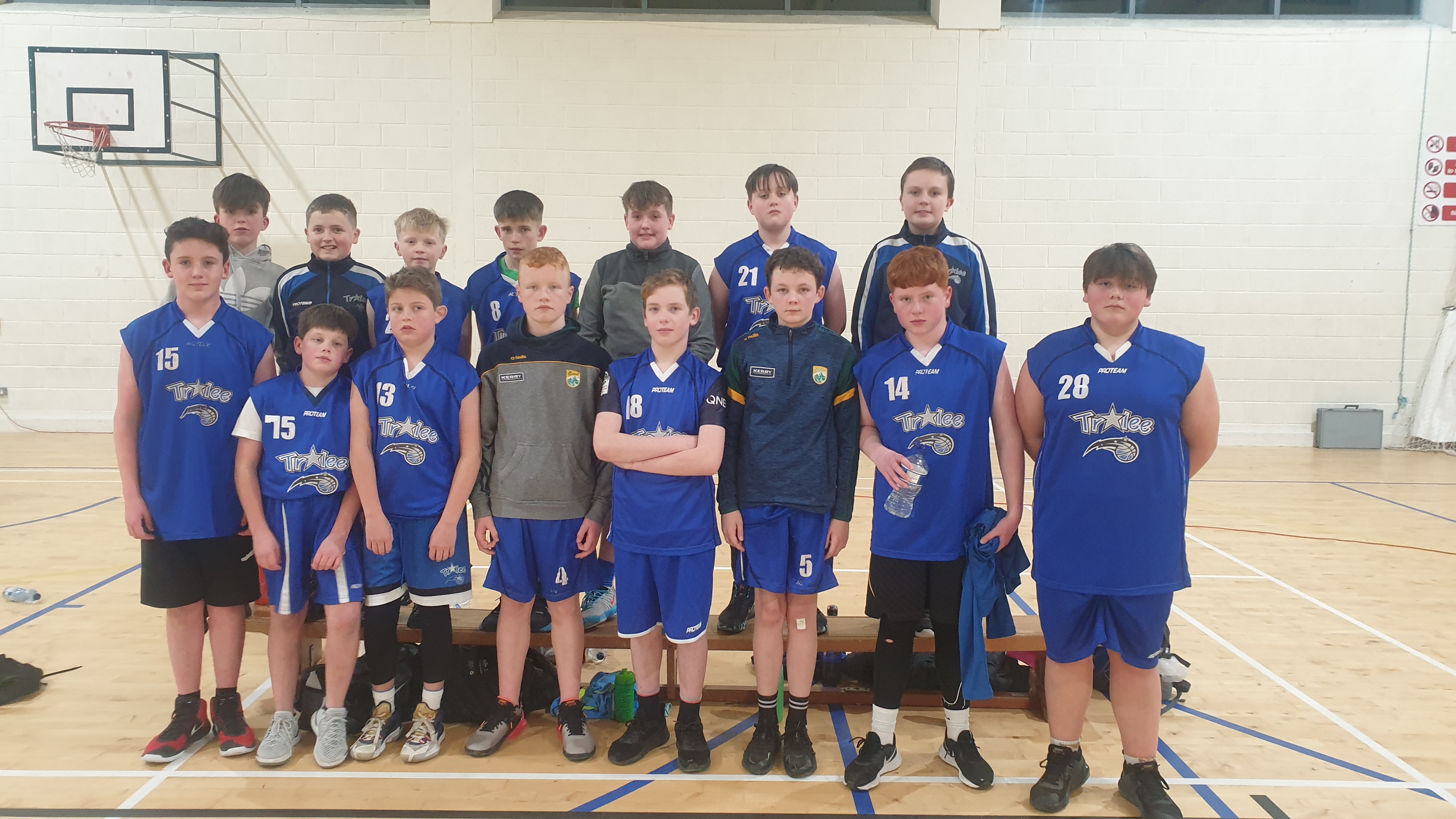 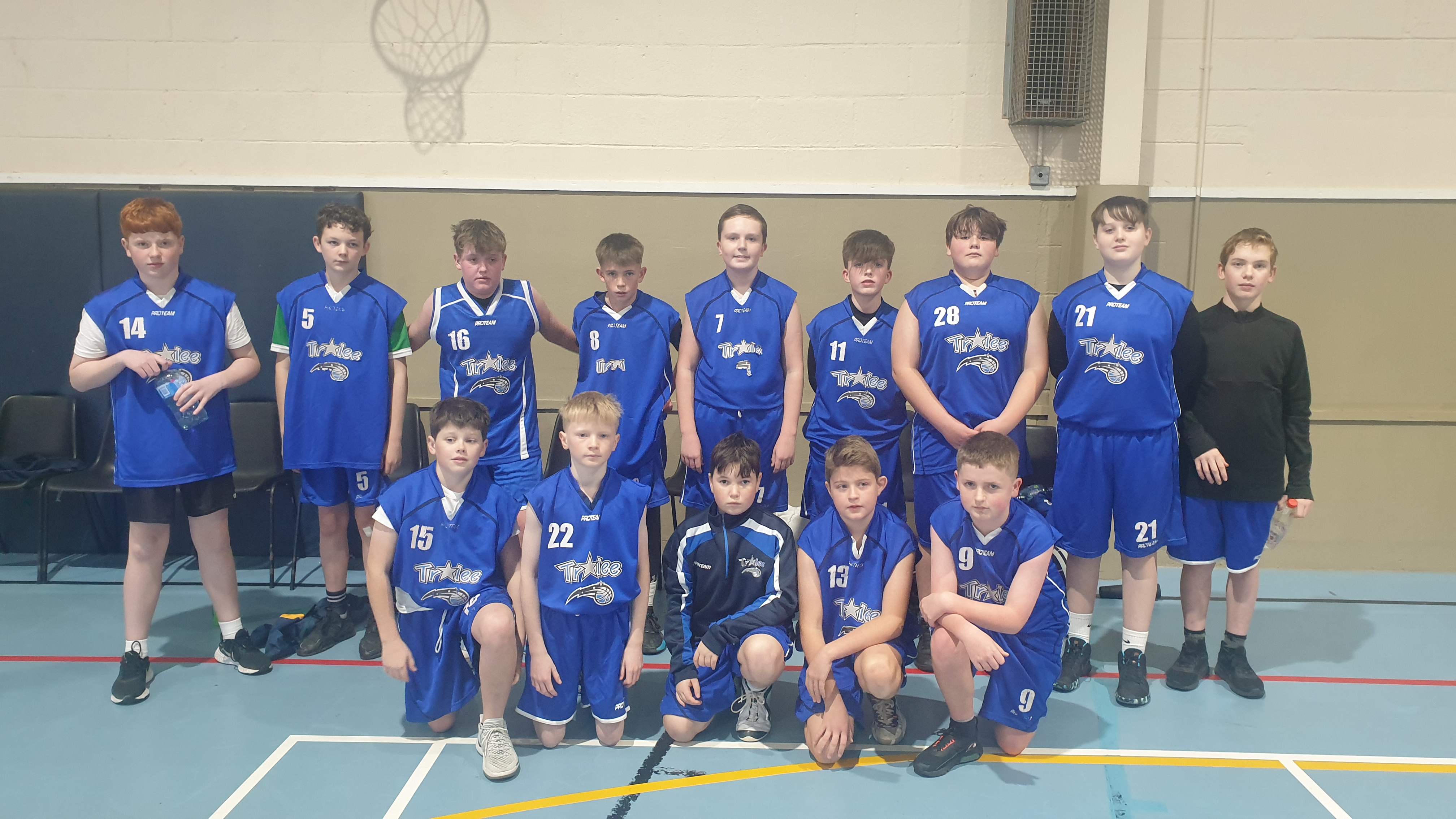 Tralee took a while to settle down but got underway with some nice baskets from Conor McGibney.

Strong second quarter for Imperials saw them outscore St Marys 9 pts to 8 with some lovely scores from Ruairí Kennedy and very good work in offence and defence from Eoghan Crowley.

Some very organised play from St Mary's saw them pull the lead further ahead and they outscored Imperials 18 pts to 2 here despite some good effort from David Lynch.

A few long range shots from Imperials didn't work out in their favour and despite good pressure which led to a few scores St. Mary's were the deserved winners. 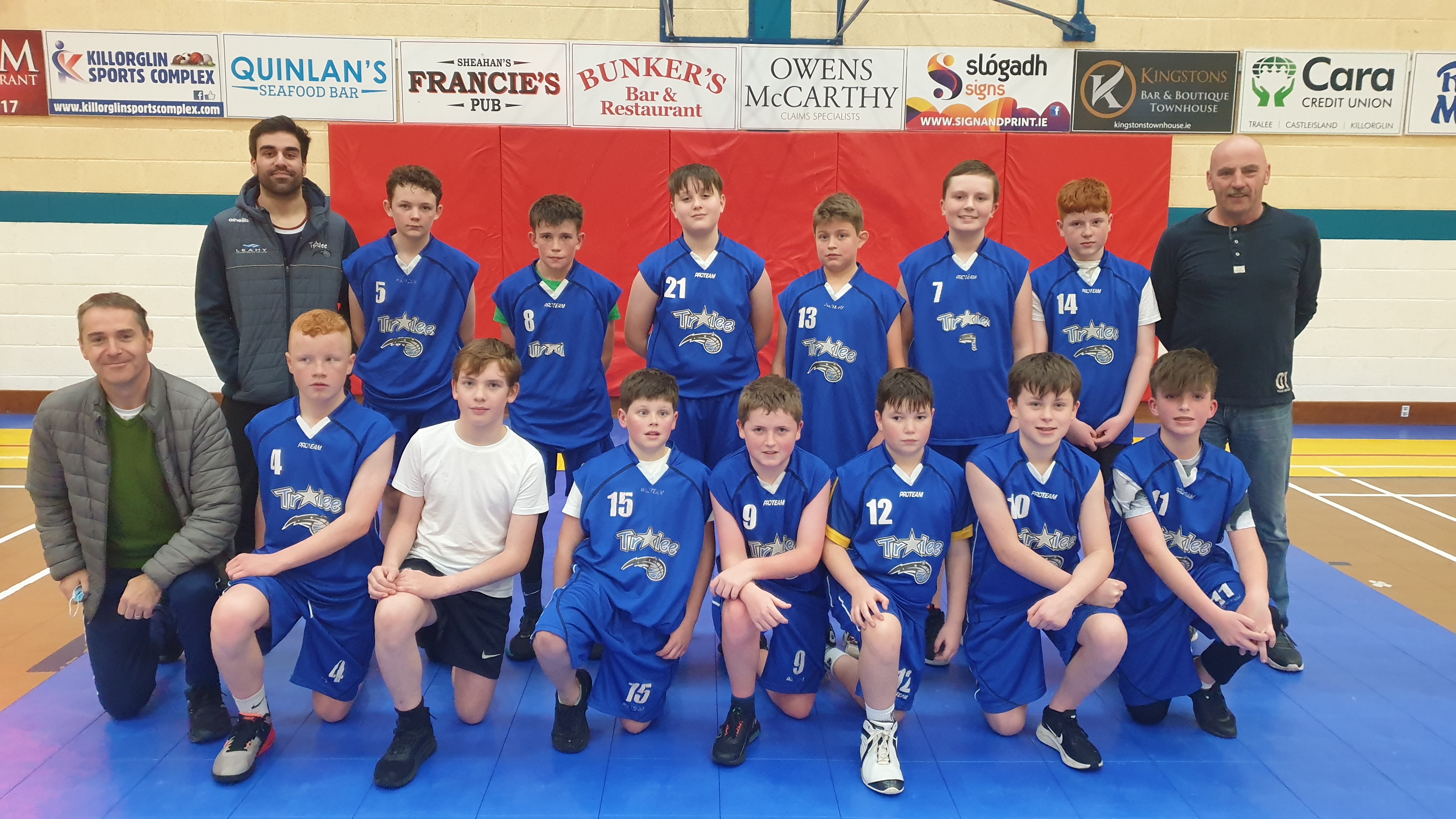 Good driving and scoring by Conor McGibney with KCYMS getting in to foul trouble early on. There was a good defensive effort at the other end of the court by Jamie O’Keeffe.

A very strong quarter for KCYMS as they outscored the Tralee side 13pts to 0.

The third quarter got underway with nice cuts to the basket by Ródhan Culloo but unfortunately it didn’t result in scores. There was also nice play by Jack Conway as Imperials tried to make a dent in KCYMS’s lead.

Tralee Imperials pressed up in the final quarter and got a few scores off it but just not enough in the end.