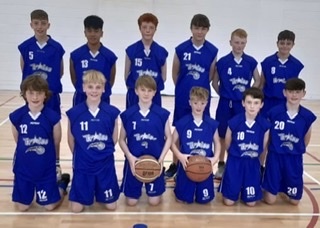 In our second game of the season we took on St Anne’s in Farranfore. We were slow to get going and trailed 9-8 at the end of the first. Led by Tomas our second quarter team pulled away and we led 26-14 at halftime. The third was another

low  scoring affair but we increased our lead slightly to 38-23 at the end of the third. We managed to get all players on the court and everyone contributed to a 51-31 win. 2 wins from 2 is a great confidence booster for the season ahead but we need to keep our feet on the ground and continue to work hard as the games are coming thick and fast.

In our third outing of the season we played KCYMS in Mounthawk gym. After a slopping first quarter when we struggled to impose ourselves on the game we trailed 13-9. Our 2nd quarter team really upped the intensity on defense and using our running game we led at half time 31-15. Jake and Tomas sparked our Offense in this quarter and Sean Heaslip’s defense was outstanding. The third quarter was close but we went into the 4th ahead 50-30. Sean Óg was tenacious on defense and efficient on Offense in this period. Led by Ryne we won the last quarter 19-12 to finish with a 69-42  win. Everyone saw plenty court time and the improvement in the boys since the start of the season has been immense. Everyone contributed hugely on the night. Brian and Sam’s defense was excellent. Fionnán controlled the tempo and even hit a ‘3’.  Will and Tadgh were ferocious and Jamie hit some crucial baskets early on to settle us down. Darragh hit a beauty late on to the crowds delight.. With 3 wins out of 3 we need to keep practicing hard as we have some very tough games coming up. Our teamwork is improving so hopefully the team will continue to evolve as the season progresses.

Skinny did a great session before the u14 boys went off to a tournament in Cork. They won their first game vs Blue Demons. They lost to a strong Eanna. Boys played v well and were winning most of the game. Eanna only pulled away at end.

We took on a talented and well coached Rathmore team on their court on a cold winters Friday evening. We started slowly and struggled badly in the first quarter trailing 10-4 at the first interval. Another sloppy second quarter led to us falling behind 27-10 at half time. At this point Rathmore were well in control and the result looked inevitable. If it wasn’t for Ryne’s scoring in the first half we would have been even further behind.  The introduction of Sean Óg Brosnan at the start of the 3rd quarter changed the course of the game. He brought huge intensity to the court and his teammates fed off this and upped their effort on defense. With Tomas Kennedy and Sean Óg hitting some fine shots and our press creating turnovers we closed the gap to 7 points. 37-30 at the end of the 3rd.  We continued to work hard on defense and our fast break game helped tie the game at 40-40 with 18 seconds remaining. Tomas then hit a game winning shot with 7 seconds remaining for us to escape with a hard earned 42-40 win.  The game could have gone either way and great credit is due to both teams for their effort in a very sporting contest. We are now second in Division One following this win.  Top scorers were Ryne Ybanez 17points, Tomas Kennedy 11points and Sean Óg Brosnan 6 points. 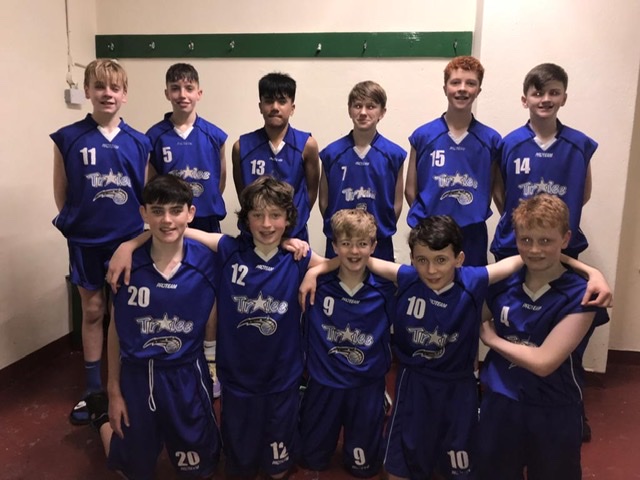 We took on Duagh on their home court which is always a tough assignment. With Fionnán and Ryne sparking our offence in the first quarter we led by a point at the first interval 13-14. Some good shooting by Duagh in the second quarter resulted in us trailing 29-27 at half time. We upped the ante on defense in the third period and restricted Duagh to just 2 points during this time. With our offence inspired by Ryne and Tomas we led 41-31 entering the final quarter. Our defense continued to stay effective and we won the last period 14-12 to run out 55-43 winners. The teamwork and ball movement was excellent and we now enter the Christmas break second in Division One.our scorers were Ryne 13points, Fionnán 8 points, Tomas 21 points, Sam 2,Sean H 5, Sean Óg 4 and Tadgh 2. It’s been a good start to our league campaign but with a lot of teams of a similar standard the second half of the season should prove to be very exciting. 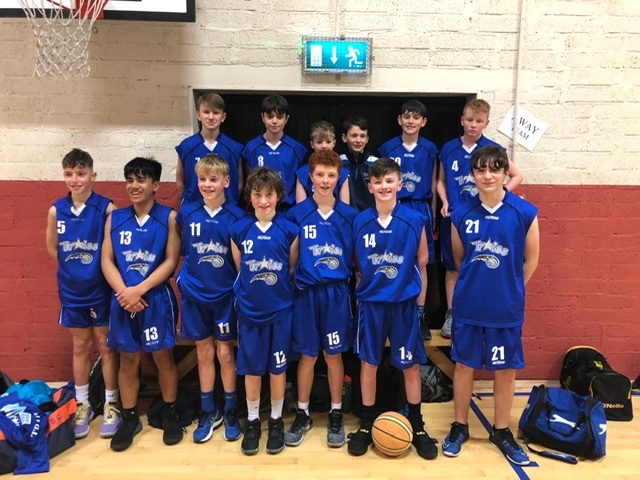 There was a great atmosphere at the Mounthawk gym last Monday evening as local rivals St Brendans and Tralee Imperials went head to head in Division 1 of the county league. Brendans started the brighter and got off to a great start leading 5-0 after 2 minutes. Led by Ryne , Brian and Fionnán Imperials battled their way into the game and with a few minutes left in the first period were only down by 3 points 17-14. However Brendans finished strongly scoring 7 straight to lead 24-14 at the break. Imperials came out of the blocks quickly to start the second and reduced the gap to just 3 points halfway through the quarter. Tomas Kennedy led the way with some fantastic scores and along with some great team defense the halftime deficit was reduced to 3 points 31-28.The introduction of Sean Óg Brosnan in the third quarter made a huge difference to our defense and Brendans were restricted to just 5 points in this period. With all players now sharing the ball and showing great patience on offense we led 42-36 going into the final period. We continued to keep our composure in the fourth and held on for a hard fought 58-44 victory.Everyone contributed to a great performance. Thanks to our fantastic supporters and parents who gave great encouragement to the boys all evening.Our scorers were Tomas Kennedy 28 , Ryne Ybanez 15, Fionnán Ryan 9, Brian Enright 4, Tadgh Moran 2

On Sunday 2nd February we took on KCYMS in Killorglin which is always a tough fixture. We started slowly and fell behind early but Fionnán and Ryne helped steady the ship and we led 9-5 at the end of the first quarter. We again found the going tough in the second period and only for excellent shooting from Tomas we would surely have struggled. With our defense improving as the game progressed we went into the halftime break up 23-17. Our defense improved hugely in the third quarter and with Ryne and Tomas hitting some great scores we managed to lead comfortably 43-22 going into the final period. We were able to get everyone on the court in the fourth and some great baskets from Brian,Jake and Sean Og helped us to finish up winning 55-31. Our top scorers were Tomas Kennedy 18, Ryne Ybanez 16, Sean Og Brosnan 9, Fionnán Ryan 5, Jake O Connor 4 and Brian Enright 3.